Granted that a lot of budget is allocated to prevent an increase in drug misuse and on many research on the right treatment, understanding the root cause why people have to abuse drugs and how to prevent it should also be given the needed attention.

Mesa, AZ -- (SBWIRE) -- 01/28/2015 -- "We used to take pills, but now we inject heroin". Addiction to heroin has been one of the many battles that authorities must conquer as the number of people getting addicted and die from prescription drugs overdose increase each year. And understanding the grounds why people get addicted to it is yet to change as a new theory that aims to restate the cause of the cravings is set to give meaning.

The growing awareness to heroin abuse has resulted in a nationwide investigation after authorities had found numerous patients are overdosed in hospitals recently. And some that were sent home were found already addicted to the so-called hillbilly heroin; while others continued the use of the said painkiller for its cheapness and easy access before switching to real heroin.

The most 'hillbilly heroin' administered to many patients were oxycodone and diamorphine (a strong opiate) which are used as painkillers on moderate to severe treatment of chronic pain in cancer patients and other post operative cases where patients experience excruciating pain. But, overdosing such happens when the patient becomes dependent on it and is psychological, have complaints of pain.

According to the experts, the doctors were the source of most opiates on black markets and are used uncontrollably. And when the user becomes heavily acquainted with the prescription drug, they end up on a methadone programme. Since the programme has waiting list to follow, users tend to go back to their habits and turn to burglaries and crime to have funding.

Yet, for some drug analysts, there's a story behind why most users become fixated on a drug until they can't control the intake. For a professor of Psychology in the 1970s named Bruce Alexander, 'addiction is an adaptation', which is further supported by Professor Peter Cohen's idea that users tend to 'bond' with the drug they consume when they failed to have a connection with 'anything else'.

Meaning to say, people that are unhappy, alone and isolated tend to go to the 'only one source of solace' – which is drug abuse – because they feel 'at home' and accepted. While some patients who were able to recover from addiction with drug overdose during their stay at the hospitals, manage to go back to their normal lives once their environment has changed.

With these mitigating factors that contributes as to why numerous get preoccupied with drug abuse, the presence of facilities like Soba Recovery Arizona with treatments and programs that aims to help people get into sober, should be given importance since these are agents that will renew people's connection to the society.

Granted that a lot of budget is allocated to prevent an increase in drug misuse and on many research on the right treatment, understanding the root cause why people have to abuse drugs and how to prevent it should also be given the needed attention.

About Soba Recovery Center
At Soba, they are dedicated to helping their friends overcome the destruction of addiction and substance abuse. No one suffering from addiction planned it. No one wants to admit they really have a problem. Drugs and alcohol are many times the only solution we know. At Soba, with the help of their staff, they will help patients understand what seems so confusing right now. They will prepare a personalized plan for them to find the underlying causes of their addiction and ways to address it. Soba's program takes a holistic approach of different therapies with the most experienced and professional staff in the field of treatable psychological disorders designed to provide long-term care for individuals seeking treatment for drug and alcohol addiction. 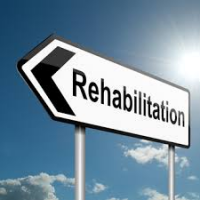