Tucker & Associates PLLC warns Maryland clients of recent Supreme Court decision that evidence seized during a traffic stop that originally occurred due to an officer's misunderstanding of the law.

Vienna, VA -- (SBWIRE) -- 01/29/2015 -- Recently, the Supreme Court has ruled that evidence found during a traffic stop occurring due to a misunderstanding of the law is still valid for use in court. Tucker & Associates PLLC has seen a large influx of cases from the State or Maryland. Drivers who are wrongfully stopped for traffic violations such as driving without a license in Maryland or other common infractions are at risk. A review of the firm's website analytics confirmed the rise of clients charged with traffic penalties in Maryland. Records included dozens of variations for Maryland traffic violations such as "reckless driving maryland" or "speeding in Maryland".

The Supreme Court reached its decision over a case involving a man who was wrongfully pulled over in North Carolina and was then subsequently charged with drug trafficking due to the evidence that was found in his car during the stop. The driver was operating a vehicle that only had one working break light. After the motorist was pulled over for the brake light, a subsequent search revealed a significant amount of narcotics in the driver's possession.

The defense's argument was that the charge would never have been issued if it were not for the incorrect interpretation of the law by the NC police officer. According to North Carolina traffic law, a vehicle is only required to have one fully operational break light. This means that the motorist was initially pulled over without having committed an official traffic violation.

The court agreed that the driver of the vehicle did not break any traffic laws however, Chief Justice John Roberts affirmed that the officer's misunderstanding was "reasonable". This means that although the office was initially incorrect, it was not an incompetent mistake. Furthermore, the charge of drug trafficking that was later assigned did not involve any misinterpretation of the law.

Tucker and Associates PLLC has a history of educating clients on traffic laws in the areas the firm serves. However, due to the high volume of Maryland clients charged with traffic violations, Tucker and Associates PLLC has put a special emphasis of ensuring its Maryland clientele are well aware of the new interpretation of traffic law due to the Supreme Court's decision. 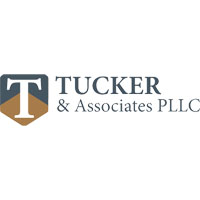