Between the Synapse Announces Its January 29, 2015 Broadcast Featuring a Discussion of Real Stories of Americans Who Spied for the Soviet Union

With the January 28th Season Three premiere of FX's "The Americans", a period drama about the complex marriage of two KGB spies posing as Americans in suburban Washington D.C. shortly after Ronald Reagan is elected President, Between the Synapse takes a look at Americans who actually spied for the Soviet Union with noted Emory University Scholar Harvey Klehr, co-author of Spies: The Rise and Fall of the KGB in America (Yale, 2009).

Phoenix, AZ -- (SBWIRE) -- 01/30/2015 -- The Americans featuring Keri Russell and Mathew Rhys has enjoyed both critical as well as popular acclaim in its two seasons on FX. With Season Three beginning on January 28, Between the Synapse interviews of the foremost experts on communism in America, Emory University's Harvey Klehr who will share stories of real Americans who spied for the Soviet Union. Klehr teaches Political Theory and Twentieth Century Political Ideologies as the Andrew W. Mellon Professor of Politics & History at Emory University in Atlanta, GA. His current research interests center around American communism and Soviet espionage in America. His publications include The Rise and Fall of the KGB in America. (co-author, Yale, 2009), Decoding Soviet Espionage in America (co-author, Yale, 1999) and The Heyday of American Communism: The Depression Decade (Basic Books, 1984), which was nominated for a Pulitzer Prize.

Says show host Mark Toubin, "I've been a fan a The Americans from the beginning and can't wait to hear how close the show comes to portraying the lives of actual Soviet spies. If anyone knows the truth, its Harvey Klehr."

The Voice America TM Network offers the latest conversations in a talk radio format, providing education, interaction, and advice on key issues live, on demand as well as through podcast download.

If interested in hosting a talk show on VoiceAmerica Network, contact Jeff Spenard, President of Internet Radio at 480-294-6417 or at jeff.spenard@voiceamerica.com. Contact Executive Producer Winton Price at (480) 553-5752 for advertising /sponsorship or other show details.

About Between the Synapse with Mark Toubin
Based on the blog of the same name, Between the Synapse explores topics that fall in-between the obvious and typical with insight, clarity and humor in the realm of politics, pop culture, foreign affairs, and sports. Between the Synapse is broadcast live every Thursday at 10 AM Pacific, Noon Central and 1 PM Eastern time on the VoiceAmerica Variety Channel. 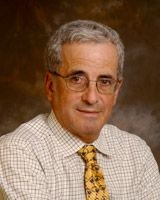