Meticulously researched and written by Ron Tasso, ‘SECRET NUMBERS: The man DA VINCI called the WIZARD’ proves that the Book of Genesis’ insurmountable influence doesn’t lay in religion, but instead in an epic series of number-based parables that describe and accurately calculate sophisticated mathematical concepts including the laws of the solar system. In a journey through time, science, mathematics and the works of Archimedes, Tasso sheds vital light on the hidden hand that wrote Genesis and its subsequent books, and serves up powerful insight that could literally change ancient history.

Phoenix, AZ -- (SBWIRE) -- 02/02/2015 -- The Book of Genesis and its succeeding volumes of Exodus and Numbers are widely regarded among the theological community for containing the secrets to the creation of the universe. However, like Archimedes himself, one U.S. author knows that the books' powerful influence lay in mathematics and science rather than religion. In a bold and compelling new volume, Ron Tasso sets out to expose all.

'SECRET NUMBERS: The man DA VINCI called the WIZARD' deconstructs Genesis, Exodus and Numbers to a level never previously witnessed, at the same time unlocking scientific and mathematical functions that explain the laws of the Universe as they have never been seen before.

The enduring influence of the Bible's Book of Genesis, its profound meaning for millions of human beings for millennia, is partly because it comes to the reader wrapped in a spellbinding package. But stripped of its compelling religious significance, the Book of Genesis can be viewed as a collection of fables, similar to folk stories passed down through generations. So how did Genesis, and the succeeding books of Exodus and Numbers, acquire such an extremely powerful influence? In this fascinating deconstruction, author Ron Tasso suggests that a hidden hand guided the language in these books, and that their true significance lies not in religion, but in their epic series of numbers-based parables that describe and accurately calculate sophisticated mathematical concepts-the laws of the solar system and the value of pi, among others.

Secret Numbers sheds light on the true identity of the man who wrote the books of Genesis, Exodus and Numbers, and his scientific and mathematical genius.

"In short, this book could change the course of ancient history for good," explains Tasso. "It is all based off the work of Archimedes, who gave names to his numbers; 950 was named "Noah", 930 was named "Adam" and he invented a god to issue mathematical instructions to the reader. If readers follow these instructions to the letter, they remarkably arrive at accurate astronomical numbers that tie it all together. My book exposes the entire concept and sheds vital new light on books that, for thousands of years, have been passed off as pure religion."

Continuing, "Going back to Archimedes' concepts, the generations of Shem in the book of Genesis gives the accurate surreal and synoptic orbital periods of the planet Saturn. The generations of Adam, when one follows Archimedes' God's instructions carefully, produces the surreal and synodic orbital periods of the moon orbit around the earth of 27.212 days and 29.531 days respectively. This astronomy is incredibly accurate at its very core; and we now pick up where Archimedes' mathematical footprints left off."

Since its release, the book has garnered a string of rave reviews. D. Paddison comments, "For everyone who remembers falling asleep during Ancient History class, this book will open your eyes. It brings to life one of the great minds of the ancient world and presents his work in a whole new light. The strong correlations between emerging mathematical and scientific principles of the time and the stories in the Bible really make you think. The author quotes a variety of expert sources to support and broaden his conclusion and includes interesting illustrations as well. I enjoyed this book."

About Ron Tasso
The author lives in Phoenix, AZ. 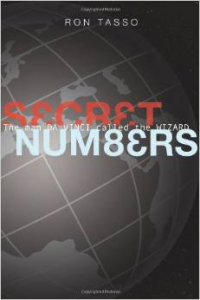