Former IDF hero and world traveler delivers a singular experience in fiction Thanks to his own encounters across the world.

Boynton Beach, FL -- (SBWIRE) -- 02/20/2015 -- Rodolfo Kohn is in love with tourism, hotels and the employees who work hard behind the scenes day and night to make a guest's stay an unforgettable experience. This has inspired Mr. Kohn to write novels based on his exciting international career in hospitality. He's grateful to all the famous actors, world renowned singers, musicians and politicians who visited his first hotel in Eilat, Israel along the coast of the Red Sea and gave their permission to use their names and pictures taken from the press which Mr. Kohn has baked into every book.

Mr. Kohn has managed fourteen hotels in seven countries across three continents and has cultivated two valuable things; gratitude towards the thousands upon thousands of hotel guests that followed him wherever he went to experience the highest levels of service and accommodation and countless stories that have enabled him to write novels that are marginally fictional at best due to the autobiographical nature of his writing in sharing many of his very real-world experiences in the context of fiction.

The sexual adventures, thefts, frauds and whatever happens to the employees in the different departments make the reading interesting and pleasurable. What the reader will learn is that what can occur in any given hotel is as strange as life itself. This gives new meaning to the popular term "Truth is stranger than fiction."

Each and every one of Mr. Kohn's novels are based on true stories. His first book "Speedy Goes to the Army," is about a young student who volunteers to serve in one of the strongest armies in the world and becomes a hero without even wanting to.

All of his fiction books are autobiographical but written as novels. Most of the names have been changed and the stories have been dramatized.

His second book "Hotel Palace LaRoma" deals with his primary experience at his first resort hotel as general manager between 1972 and 1977.

Fans of fiction are encouraged to explore Rodolfo's novels and immerse themselves in different places across the world at spanning three decades to gain an unexpectedly pleasant experience from a novel they likely haven't felt before. 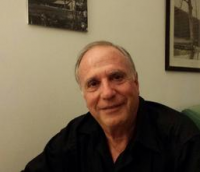 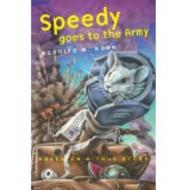 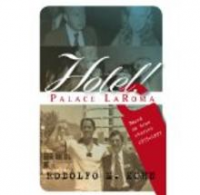