Phoenix, AZ -- (SBWIRE) -- 02/23/2015 -- Legends of Eighty Six is a major upcoming clothing brand that has made a splash after being adopted by stars of the sports and music industries. Their black and white imagery, along with their interesting short stories is causing quite the stir in the industry. Not to be confused with the date of birth, or the simple number 86, the brand carries a deeper meaning. The meaning behind "Eighty Six" stretches as far back as the 1920s during the prohibition era, when it was code for, 'to get rid of, to throw away, or to reject'.

Since launching their brand Legends Of Eighty Six has gained nothing but positive reviews. Some exciting things are in the works, as they get ready to launch their next collection called, Fearagamo.

The "Fearagamo" release will include unique fabrics, a new take on plaid, and a range of new style of snap backs, and artistic raw stories tailored to the daily grind of urban life. The message for this next release is dark, deep, and stark . Max, the man behind Legends of Eighty Six states this: "It's like the feeling one gets of watching a best friend make a series of bad choices."

Be on the lookout for their modern booth displays, and their insane crazy events. With their best sellers, Lost In Paradise and Jezebel, the Legends Of Eighty Six will be showcasing their new collection at the Banksale in Anaheim California, February 28th . They have further plans to showcase their brand in May at the Venue Tradeshow, La's premier trade show which features the best emerging designers and most progressive brands.

Max, had this to say, "For me I created this brand to represent those who go against the grain. Those who have a "fuck the naysayers" type of attitude. Hence the name 'Legends Of Eighty Six'. So the stories we write tend to follow that premise. We've been to various shows around the valley showing our products, and the people love it. Its amazing to see how much they enjoy our concept, and our work.

To tell you the truth, we're not for everyone. I don't expect the hard working nice guy to wear our stuff. Nor the timid shy guys playing Runescape. Who I do see, is the drifting rock star who lives life on the edge. Or that kid riding a skateboard, thinking about his next big move. Maybe he's a little tatted, or maybe he's well respected in his group. Either way, whoever likes what we got all I gotta say is, welcome to the team. "

About Legends of Eighty Six
Legends Of Eighty Six is a rising streetwear brand based out of Phoenix Arizona. Legends Of Eighty six is an edgy brand that promotes the losers in life. Those who've been rejected, or picked last on the field. Through their stories, and short messages they push the ideals of life, style and individuality all through clothing. Legends Of Eighty Six - Clothing For The Modern Individual & Stories for the Soul. For more information please visit: http://www.legendsofeightysix.com/ 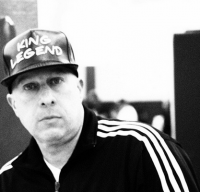