Maximizing the Full Potential of Windows Tablet with Makeshift Set-Up: A Tablet Experience Worth Trying

The longer the makeshift set-up is used, the more it reveals its flaws. Long web pages affect the smooth browsing which sometimes causes lags and pauses on the applications used that has a big impact on the tablet use experience.

Flagstaff, AZ -- (SBWIRE) -- 03/09/2015 -- The increase in competition in the market has yet motivated many technological companies to create and develop more advanced mobile devices, offering the latest features that could bring great value to people's daily activities. And even if a lot of changes have been done on the technology today and continuously surprise consumers with its latest offering, many manufacturing companies try their hardest to keep the mobile devices within the reach of the public's budget. That in the coming years, mobile devices is set to replace the standard laptops and PCs that has been in every industry for some time in terms of the overall performance and affordability.

No one at first thought that an affordable windows tablet could be as handy as smartphones but simply as incredible as desktop PCs when it comes to the heavy task. Numerous windows tablets from different manufacturing companies are now available in the market, but few were able to give a punch above their price tags. And since some people has a knack of taking their mobile devices to the next level by maximizing the full potential of their windows tablet, recently, a gizmo enthusiast bragged online a feature of windows tablet that is comparable to PCs.

Many gizmo experts have seen the potentiality of turning windows tablet into a desktop with just a few wires and ports to connect everything in the windows tablet – a keyboard, a mouse and an LCD monitor – the typical hardware desktops possess. But finding the right windows tablet to make this ambitious attempt a success pays a lot of tinkering, exploring and research since not all of it has the same response. Not until someone came up with using a modified USB hub in tricking the port used in charging and in making data connections.

A multipurpose-built USB hub managed to turn an affordable windows tablet into a technology that would probably encourage other consumers to try. It works the same with the usual laptops and PCs. Users can type their documents while listening to streaming music videos without sweat or chat in their favorite social media site while watching in Netflix. However, like any other gadget, it also has limitations. Since most windows tablet was built not for multiple tasks like opening many tabs at the same time without any changes in the performance speed, it can be said that it cannot fully replace desktops with the kind of setup, as for now.

The longer the makeshift set-up is used, the more it reveals its flaws. Long web pages affect the smooth browsing which sometimes causes lags and pauses on the applications used that has a big impact on the tablet use experience. Another downside of a makeshift set-up of windows tablet is that crashes happen when multiple tabs were opened. And since making this set-up on windows tablet are not highly endorsed by windows tablet manufacturers, it is still worth considering that in some way, a windows tablet can be indulged by consumers in a more creative but risky way.

About IVIEW
IVIEW provides both Original Equipment Manufacturing (OEM) and Original Design Manufacturing (ODM) services. They make products based on customers' requirements and specifications. Anyone who would like to take advantage of their manufacturing strength to increase their product offerings, IVIEW's skillful engineers and technicians are standing by. 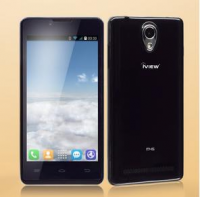