Maintaining optimal oral health is really very vital and is the primary goal of the Xpress Dental Clinic dentists and because of these serious problems relating simple gum problems such as bleeding gums and inflammation.

McAllen, TX -- (SBWIRE) -- 03/11/2015 -- Periodontal disease is one of the most prevalent oral health problems all over the world and dentists have found effective ways on how to effectively treat and prevent this ubiquitous dental problem.

It has been said time and again that oral health reflects the overall state of a person's well being. Recent studies have revealed that gum diseases have been linked to the development of fatal medical conditions and disorders such as Infectious Heart Diseases and Stroke, Chronic Kidney Disease, Diabetes Mellitus and Cancer/ Oral Cancer.

Infectious Heart Diseases and Stroke are two of the most prevalent outcomes of chronic gum disorders. The load of pathogenic microorganisms from oral infections lodges into the heart, it causes the heart to become inflamed and immune-compromised that in most cases led to Stroke.

Diabetes Mellitus and Gum problems have long time been correlated by dentists and other medical practitioners because they seem to always coexist in a large number of patients. There has been a prediction that collecting and examining oral blood samples may be an effective way of diagnosing Diabetes Mellitus based on the study conducted by a university in New York. They make use of the gingival crevicular blood (CGB) samples to test them for HbA1c to determine a person's glycemic level; and hence may a definite diagnosis that the person is having diabetes. It also has been a proven fact that chronic gingival sores are indicative of diabetes mellitus.

Cancer especially Oral cancer is highly prevalent nowadays and experts have unveiled the sad truth that simple gum problems may already be a warning sign of this condition. Gum disease-causing pathogens and the development of oral cancer have closely been correlated based on the study of some dental researchers in San Francisco, California. A number of patients who have massive growth of infectious microorganisms in the mouth that leads to gum diseases which later on progressed into oral lesions similar to that of Kaposis Sarcoma. There were actually two types of pathogenic microorganisms that were found inside the oral cavities of these patients, the Fusobacterium nucleatum and the Porphyromonas gingivalis.

Maintaining optimal oral health is really very vital and is the primary goal of the Xpress Dental Clinic dentists and because of these serious problems relating simple gum problems such as bleeding gums and inflammation. These simple signs should definitely be taken seriously by taking an appointment with your dentist and have these gum problems treated immediately.

There are a lot of current trends that have been developed for proper and effective management of oral diseases. Some of the most popularly used non-surgical treatments are the sonics and ultrasonics, as well as the topical antimicrobial treatments. But, the use of power-driven scalers that are used for tooth root debridement should be used with extra caution as it may result to root damage when used with extreme force and at an inappropriate angle; although there have been thinner tips developed to reach a little further and reach much deeper. When used correctly, these periodontitis treatment modalities have very promising effects.

About Xpress Dental Clinic
Xpress Dental Clinic offers the top-of-the-line dental treatments in Mc Allen, TX to give each and every patient a natural smile. Dr. John Tan, as one of the exemplary providers of general dentistry services, performs highly-innovative dental procedures and treatments such as dental implants, the pinhole surgical technique, root canals with CEREC and other superior general dentistry procedures. 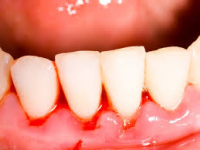 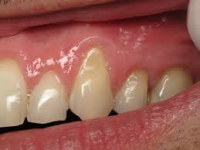