Non-Biological Fathers May Have Custody and Visitation Rights, Reports MaceauLaw.com

The court considers many factors when determining if a non-biological father should be allowed to see children of a relationship, announces Maceau Law

Colorado Springs, CO -- (SBWIRE) -- 03/12/2015 -- The Colorado courts must take many factors into consideration when determining if a non-biological father should have custody and/or visitation rights of a child he did not father. Circumstances considered by the court during the process include whether or not the man believed he was the father. In addition, if a non-birth father successfully demonstrates he has a strong, enduring relationship with a child he hasn't fathered, he may be able to retain parental rights. Maceau Law (http://www.maceaulaw.com/family-lawyers/) works to help men who find they are in this situation.

"Children develop strong relationships with the adult figures in their lives. This holds true even when the adult isn't biologically related to them, in many cases. When a male proves that maintaining a relationship with a child he has helped to raise is in the child's best interests, the court is more likely to allow this relationship to continue following a dissolution of a marriage between the biological mother and non-biological father," Greg Maceau, attorney at law, states.

Maceau goes on to say men who sign a birth certificate, even if they are later found to not be a biological parent, will have more standing in court. The same is true of men who step in when a child's biological father cannot be located or has passed away. The male acts as a father figure in this situation, and the court weighs that in his favor. Other factors also come into play when the court makes this decision.

Men often support children that aren't theirs physically, emotionally and monetarily. The court understands this and also recognizes that cases of this type are complex. The goal remains to do what is best for the child, as he or she has no say in the divorce. For many, this involves staying in contact with a non-biological parent.

"Any male who feels he should be allowed to maintain a relationship with a non-biological child following a divorce should contact Maceau Law (http://www.maceaulaw.com/divorce-lawyers/). Divorce leads to stress for all parties involved, and the court system in Colorado works to reduce the stress children experience during this time. Maintaining a relationship with a non-biological father may help the child as he or she moves forward in life. Don't hesitate to petition the court in this situation. Maceau Law will be happy to assist males who wish to assert their rights in this situation," Maceau explains.

About Maceau Law
Family law, personal injury, divorce and business lawyers in Colorado Springs, Maceau Law brings more than 30 years of experience to each case. The attorneys know the system and the major players as well as the nuances of the court, helping clients to receive an optimal outcome using this knowledge. Attorneys in the firm work for the client , rather than the other way around, and pay attention to the details of the case while listening to the client. 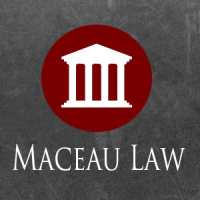