Every state has developed campaigns to teach people on ways to avoid these car collisions and crashes because according to statistics the most prevalent cause of road accidents have rooted from “Driver Errors”.

Rowland Heights, CA -- (SBWIRE) -- 03/16/2015 -- Road Traffic Accidents have become very rampant in almost all parts of the world. Most of the news reports would feature devastating car collisions hurting a number of people and damaging a lot of properties especially vehicles. The numbers of car crashes and auto accidents have become extremely alarming which is why different states all over the world have come to a lot of theories and have innovated some ways to reduce the number of road traffic accidents.

Every state has developed campaigns to teach people on ways to avoid these car collisions and crashes because according to statistics the most prevalent cause of road accidents have rooted from "Driver Errors". Based on recent statistics and cases handled in court by personal injury lawyers, the most common causes of car accidents are: (1) Distracted Driving – contrary to what most people think that "drunk driving" is the prevailing cause of tragic car collisions, people whose attention have been distracted such as use of mobile phones or eating while driving have been the root of most accidents on the road; (2) Over Speeding – people who do not abide by the prescribed road speed limit are mostly the ones who get into fatal collisions with other drivers on the road. When drivers over speed and they are faced with other irresponsible drivers, they will most likely lose control of the wheel and end up in a very damaging car crash; (3) Drunk Driving – people who are under the influence of alcoholic substances will not be able to think, make a quick response and may not function properly behind the wheels and this is a very dangerous thing. A huge number of vehicular accidents are due to DUI incidences; (4) Reckless Driving – being irresponsible on the road such as shifting lanes swiftly without minding other vehicles, speeding and tailgating have caused a lot of car collisions on the road because these are the types of drivers who are aggressive and very impatient especially in congested traffic; (5) Extreme Weather – road accidents are most rampant during heavy rains because the water makes the road surfaces slippery causing some vehicles lose control and spin on the road when the brakes are suddenly stepped on, and other cars may be hit during the unfortunate incident; and (6) Running Red Lights and Stop Signs – the RED LIGHT and a STOP SIGN significantly means that the driver should stop the vehicle because it's time for the cars from the perpendicular road to GO and drive. Beating the red light is sure to cause crashes and in most cases some incidents of wrongful deaths have been documented.

These are the documented TOP reasons why car accidents are very extensive in all the different states. These accidents have not just caused car wreckage, but physical injuries and even death. The Champion Traffic Schoo l reiterates the importance of learning the proper driving techniques, understanding and following all the traffic rules and signs and putting defensive driving into practice are the best ways to avoid life-threatening road traffic accidents.

About Champion Traffic School
The Champion Traffic School offers the best online learning experience in terms of defensive driving and traffic rules. It is an online traffic school which is approved by the CA DMV to help in the dismissal of every driver's traffic tickets in all the counties and courts in California. They ensure every client that they will be provided with a complete module to keep their driving records clean and escalating the insurance premium. They also keep your electronic reports updated without having to spend extra money for this service. Best of all, they are accessible anytime and anywhere. 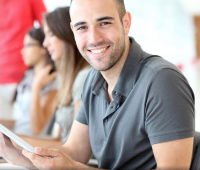