'Undertakings of an Undertaker, True Stories of Being Laid to Rest'. Unlikely Yet Hugely-Insightful New Book Lifts the Lid on Author's Three-Decades as a Funeral Director

Stanley E. Swan has spent thirty-seven years experiencing the gut-wrenching, humorous yet always rewarding sides of the funeral directing business. In a fascinating new book, Swan shares stories from notes he has made over the years, in the hope it will provide a rare insight into the enigmatic funeral director that will one day lay each and every reader to rest. Expect a deceased lost at the freight office, a possible apparition in the front room, the most unusual requests,recovering remains after 911 and so much more!.

Newark, NY -- (SBWIRE) -- 03/17/2015 -- Funeral Director, Undertaker, Mortician; many names for a job that is of huge significance to humanity, but often shunned by society's spotlight. The ironic thing, of course, is that everyone will one day become a paying client for this age-old industry. In a rare and wholly-unique new book, one Funeral Director is breaking his silence to share the good, the bad and the sometimes zany stories from three-decades serving the community and clients' last wishes.

'Undertakings of an Undertaker' is as educational as it is captivating; throwing readers deep into the day-to-day work of Stanley Swan as he owned a rural funeral home in New York State.

Could these remains; yet to be identified, be one of the victims of Rochester's Genesee River killer?

Did the mourner in the chapel with the casket and the deceased actually think there was an apparition present?

Is it legal to bury a man with no pants?

Would a man really drive his deceased wife to a mortuary instead of calling the authorities?

Those ashes seeping from the fractured urn; imagined or real?

The black cat visiting the deceased mans' wake… a family friend or fiend?

These are just some of the intriguing, unusual and funny stories to be found In Undertakings of an Undertaker. Its' author, Stanley Swan spent 37 years in funeral service, making notes from day one, and now has penned them to paper. Every story is true, as it really happened, with no embellishment, nothing left out….one hundred percent fact. Step into the world of funeral service which little has been written about over the last few decades. Funny, gut wrenching, chilling, unbelievable in many instances. A book you'll want to share for sure!

"Funeral directing is an industry pertinent to the needs of society, yet hugely misunderstood," explains Swan, who owned his funeral home for twenty-years. "I maintain that it is the most rewarding career in the world and hope to use this book to show the human side of what we do. I have of course dealt with some of the most harrowing situations you could imagine; from young deaths right through to recovering remains from the events of 9/11 and Hurricane Katrina, but I've also had a huge amount of fun."

Continuing, "The book contains many humorous stories of people being themselves in awkward situations – of which this industry has many! Turn the first page with an open mind, because by the time you get to the last your assumptions will be out of the window and you'll have a whole new appreciation for funeral directors."

While Swan shows all sides of the industry, the dignity of his clients remains paramount.

"I have changed names to ensure anonymity and at all times remain respectful of the deceased, their families and the communities I served. After all, every single person (even me!) will one day be a client," he adds.

With the book expected to be in high demand, interested readers are urged to purchase their copies as soon as possible. Consider it the world's most unique gift.

'Undertakings of an Undertaker' true stories of being laid to rest is now out and ready for your reading!

About Stanley Swan
Stanley Swan was brought up with his three siblings on a dairy farm in the Southern Tier of New York State. At a very young age, he knew he was destined to be in the funeral business. Stan spent many years in the broadcast business as an on-air personality before answering 'the call' to enter funeral service. At age 31, he returned to college, obtained his NYS directors license and with his wife Sandra, an RN, purchased their small funeral home in the Southern Tier which they operated for twenty years. While there, Stan also spent fifteen years in corrections with a local Sheriff's department.

A bout of cancer led Stan and Sandee to sell their firm, but a short time later returned to the 'calling' he felt so strong about. Now, after almost thirty seven years, Stan has decided to put in print for others to see, the challenges facing those in funeral service, the highs, the lows, the personal sacrifices and the rewards. You will experience here all of the emotions encountered during the day to day business of taking care of a community's needs. Come take part in the Undertakings of an Undertaker, true stories of being laid to rest. 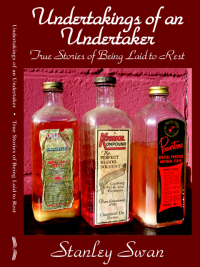 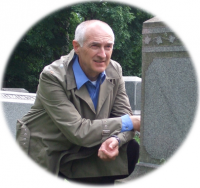