In Season's Dream: Compelling New Book of Poetry Guides Readers Through Seasons Driven by Love, Loss and the Beauty of Myth

Masterfully crafted by R Tirrell Leonard Jr, ‘In Season’s Dream’ marks the author’s second major publication, and by far his most powerful yet. Broken up into seasons, the volume uses intense reflection relevant to its time of year to help readers explore the very core of the human condition. The intensity, interwoven with elements of fantasy and myth, builds up to a poem titled ‘Fragment’, which the author guarantees will leave readers with plenty to think about.

Woburn, MA -- (SBWIRE) -- 03/25/2015 -- According to a rather depressing study by The Times newspaper in 2014, the average new author will sell fewer than fifty books. However, some authors still manage to release works powerful and compelling enough to smash that statistic to smithereens. Poet R Tirrell Leonard Jr knows it all too well, selling over a thousand copies of 'In the Murmuring Trees', his debut release, with virtually no marketing.

Leonard is now back with 'In Season's Dream' – a walk through the year and rare opportunity to explore the core of the human spirit, its love, loss and battle with dark days.

This book is broken up into seasons. The imagery and content of the poems in the season reflect elements of the season. The best of which are In Quiet Moments, Hurricane Sandy, Endurance, Oblivion, and Fragment. Most of the poetry of this collection reflects the woodlands and coasts of Massachusetts, with a few set in Salem. Some of the poetry as well will involve the elements of fantasy, which may appeal to younger audiences.

"This book was written to help both young and old trace the human condition, using a unique format that calls on the seasons as a device for building intensity," explains Leonard. "It all culminates in 'Fragment', where human feeling and the endurance of our emotions are put on a pedestal unlike anything seen in previously-written poetry."

Continuing, "There's really something for everyone in the book. Adults with an open mind will appreciate the opportunity to explore the soul's sunny and dark days off the back of the metaphor of changing seasons, while younger audiences will lap up the fantasy and mythical side of the book. Ultimately, it will provide an intimate personal exploration for anyone. All of our emotions have common threads that exist right until the very end."

""In The Murmuring Trees" by R. Tirrell Leonard JR. is an imaginative volume of poems and prose of great spirit, rich creativity, and three-dimensional imagery.

Readers of poetry often seek to understand not only the meaning of the words themselves, but to perceive who the poet really is. One might speculate that Leonard may be revealing himself best with the first line in the poem "A Post in Furies Winds:" "I know I differ from the normal view …"

This collection of poems and prose is also a unique exploration of a common sentiment – love – but here it is to a place, as the title of another song reads: "A Magical Country Dance." One cannot miss Mr. Leonard's deep love for the State of Massachusetts — both its people (Contemporary and natives) and its raw physical beauty (land and coast)." --The Columbia Review

"Stylistic Poetry" I liked the varying style and prose used in the book. Not always traditional, which can be very enjoyable. A good read during the last snow storm.-- Scott O'mera

'In Season's Dream', from Xlibris, is available now: http://amzn.to/1EJ3gDF 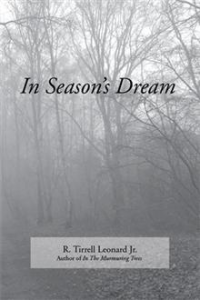