The objective of this campaign is to help people experiencing depression overcome the catastrophic impact that depression can introduce into their lives. Don and Janet Corrington are looking to raise €20,000 via Indiegogo to make this happen in the best possible way.

Portumna, Galway -- (SBWIRE) -- 03/25/2015 -- The number of individuals suffering from depression and anxiety disorders has increased by leaps and bounds in the recent years. There are many government agencies, individuals, and organizations working tirelessly to combat the situation by treating mental disorders and improving the mental wellbeing of the sufferers. However, Don Corrington believes that these measures are not as effective as they need to be. Suicides and suicidal attempts continue to rise. He is confident that his project can provide additional resources that will help address this problem. With the help of successful men and women, that are ready to contribute to society by uplifting people around them, he can quickly implement these solutions.

Don Corrington strongly believes that the time has come to start conducting research comparing the efficiency of traditional therapeutic treatments with the new technologies and therapies of EMDR and Neuro-Feedback. He feels that it is possible to better comprehend how trauma influences a human being's cognitive and emotional abilities by understanding their brain/body interconnection. He has designed an advanced toolset to empower people with mental health issues. His plan for this project is to monitor, evaluate and improve mental health treatments by including those individuals, suffering from mental health issues, to participate in research projects, while they are involved in treatment.

Don Corrington and his team are in the process of acquiring the NeurOptimal® Neuro Feedback System, a system designed to focus on the central nervous system. Acquisition of this advanced feedback system will

-Help with specific cognitive, emotional, or physical challenges.
-Enhance academic performance.
-Form an essential component that will make these treatments available to a wider portion of the population in Ireland.

To find out more about this campaign, please visit http://bit.ly/1AX75kU

About Don and Janet Corrington
Don and his wife Janet have a history of working one-to-one with severely mentally ill children. In the U.S., state Arizona, they operated a treatment home for children who had been subjected to repeated and sustained trauma, including sexual and physical abuse along with neglect. Some of these children presented psychotic behaviors, including having previously killed, before coming to Don and Janet. 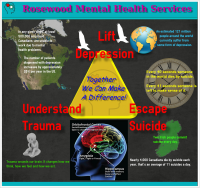 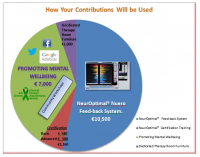