‘We Want Some’ is a short film by Tamir Mostafa that tells the story of a husband and his strike following the demise of his sex life. Tamir has just launched a Kickstarter campaign to raise funds for production and post production costs.

Los Angeles, CA -- (SBWIRE) -- 04/08/2015 -- Effective communication goes a long way in building a blissful relationship. But we all know that it's easier said than done. Without proper communication between couples, the partners often do crazy things to get their point across. Writer and Director Tamir Mostafa's upcoming short film 'We Want Some' promises to be a hilarious take on this common problem.

'We Want Some' is the story of a man whose sex life has come to a grinding halt. After months of failing to convince his wife to be intimate with him, the husband goes on strike. The film takes an unexpected turn when the whole community gets involved in his strike and counter strike. Tamir Mostafa wants to create a film that elaborates how things spiral out of control when outsiders get involved in a couple's personal business. Taking an unconventional route, this film addresses the complexities of this sex debate with a diverse cast that sees both men, women, gay, straight and just about every ethnicity on both sides of the debate.

Tamir Mostafa has a wealth of experience in writing for theater, webisodes, and short films. He has been the finalist in a Network sponsored writing contest and a Fellow in Film Independent's Project Involve program. 'We Want Some' is his first short film in six years.

In order to make a film of this magnitude, Tamir and his team need funding support. The cast of the film comprises of twenty-nine actors, and there is also a small crew of eight persons. In order to meet all expenses for this film, Tamir has just launched a Kickstarter campaign.

The proceeds from this campaign will be spent for

- Renting of Black Magic Cinema Camera and a sound package.
- Food for the entire cast and crew.
- Rent and insure a house for filming.
- Post-production and advertising costs.

The Kickstarter campaign will only be funded if at least $5,234 is pledged by Saturday, May 9.

To make a contribution to this campaign, please visit http://kck.st/1bUkrbQ

About 'We Want Some'
'We Want Some' an upcoming short film by Tamir Mostafa that tells the story of a husband and his strike following the demise of his sex life. Writer/Director Tamir Mostafa wants to create a film that elaborates how things can get out of control when the outsiders get involved in a couple's personal business. Taking an unconventional route, this film will make an attempt to address the complexities of this sex debate. 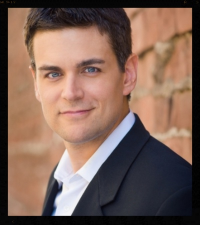