The Turkey Lacrosse Association (TLA) is a not for profit dedicated to educating, developing, and sharing information pertaining to the promotion of lacrosse in the Republic of Turkey. They are presently looking to raise $75,000 via Funds4Sport to help the Turkish Indoor Lacrosse National Team participate in 2015 FIL World Indoor Lacrosse Championships.

Istanbul, Turkey -- (SBWIRE) -- 04/13/2015 -- The Turkey Lacrosse Association (TLA) has been actively involved in promoting lacrosse as a game in the Republic of Turkey. They are to be appreciated for whatever development this sport has experienced in Turkey. TLA is responsible for managing all the teams and leagues that play lacrosse in this country. Now, the Turkey Lacrosse Association is seeking funds to assist young Turkish male athletes participate in the lacrosse world indoor championships.

The 2015 FIL World Indoor Lacrosse Championships is scheduled to be held this year at Syracuse, USA in September 2015. Turkey is the first predominantly Muslim nation to play the sport of lacrosse. They are also the first country of its kind to be members of the Federation of International Lacrosse (FIL) and the European Lacrosse Federation (ELF).

The Turkey Lacrosse Association (TLA) is not for profit not supported by the Turkish government. Therefore, they are completely dependent on self- funding initiatives to cover the expenses of sending the national team to the 2015 FIL World Indoor Lacrosse Championships. The team comprises of twenty- three players and five coaches. The complete funding goal of this campaign is $75,000.00. This amount will cover expenses such as rooms, food, flight, team uniform & equipment, ground transportation, tournament and referee fees, and other expenses.

To find out more about this campaign, please visit http://bit.ly/1F6TxKn

The official website of the Turkey Lacrosse Association (TLA) is http://www.turkeylacrosse.com/ 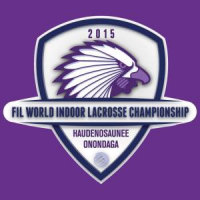