Leeland Artra is ready to publish the third novel in his debut trilogy titled Thread Skein. His total funding requirement for this campaign is $4,000.

Seattle, WA -- (SBWIRE) -- 04/14/2015 -- Leeland Artra is a programmer by the day and a fantasy author by night. His first two books Thread Slivers and Thread Strands have both been a great success. The first two books have over six hundred user reviews to date, receiving excellent ratings on Goodreads and Amazon. Thread Skein, the third novel in this debut trilogy, is now all set to be published. This book is a perfect blend of a science fiction saga and fantasy, set twenty thousand years into the future.

Leeland's plan is to publish Thread Strands through a distribution network that will get it into different libraries, bookstores, and the hands of the readers. The objective of this project is to make the book available as eBook, pocket paperback, and as a top notch hardback print with dust jacket. Primary publication of Thread Skein will be made through the renowned book publisher and distributor named Ingram.

Content editing, line editing, and proofreading of the manuscript of Thread Skein has already been completed. The initial formatting of the eBook has also completed. At present, the eBook version is with the professional editors. The remaining work will take about two months to complete.

Leeland has just launched a Kickstarter campaign to meet all his expenses relating to this project. Proceeds from this campaign will be spent to pay for the editors, proofreaders, artists, and other publication professionals. Most Kickstarter backers of the project will receive their books a few weeks before the print edition of Thread Skein goes up for sale publicly.

To find out more about this campaign, please visit http://kck.st/1z3dyKj

About Leeland
Leeland is a programmer by the day and a science fiction/fantasy author by night. His first two books Thread Slivers and Thread Strands have both been a great success. His works have received excellent ratings on Goodreads and Amazon with over six hundred user reviews to date. Thread Skein, the third novel in this debut trilogy, is now ready to publish. 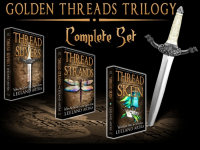 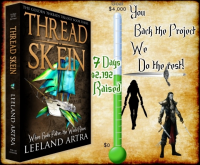 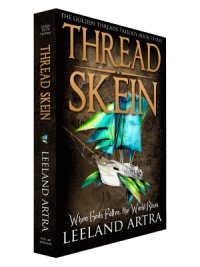 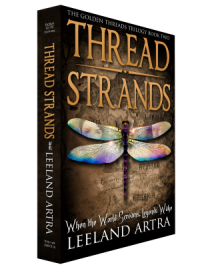