Concord, NC -- (SBWIRE) -- 04/17/2015 -- "The Bronko Nagurski Trophy is one of college football's most prestigious awards and I look forward to being a part of their fantastic event," said Coach Gus Malzahn.

"Over the years, the Bronko Nagurski Banquet has attracted some of the nation's top college football coaches as its keynote speaker and 2015 is no exception," said John Rocco Executive Director of the Charlotte Touchdown Club. "We look forward with great anticipation to hearing and seeing Coach Malzahn at our black tie banquet held December 7th at the Westin Hotel."

In two years as head coach at Auburn University, Gus Malzahn has led the Tigers to a 20-7 record and two January bowl games, including a Southeastern Conference Championship and an appearance in the BCS National Championship Game in 2013. Named the 2013 National Coach of the Year after leading the Tigers to a 12-2 record and one of the most memorable seasons in school history, Malzahn's second squad finished 8-5 record after navigating the nation's most difficult schedule.

Malzahn, 29-10 in three seasons as a head coach, has won or played for a conference title in six of his nine seasons as a college coach, including winning a conference crown in three of the last five seasons with Auburn in 2010 and 2013 and Arkansas State in 2012. He became just the third coach in SEC history to win an SEC title in his first year at a school, joining LSU's Bernie Moore in 1935 and Ole Miss' John Vaught in 1947.

Malzahn, who won the Broyles Award as the nation's top assistant coach in 2010 while helping the Tigers to the national title, returned to Auburn after serving as the head coach at Arkansas State in 2012, where he led the program to the Sun Belt Conference title.

Malzahn's coaching career began in his home state of Arkansas at the high school level. In 14 seasons as a high school head coach, Malzahn led seven teams to the state championship game and won three titles. In July 2013, he was inducted into the Arkansas High School Sports Hall of Fame.

The Bronko Nagurski Trophy is a member of the National College Football Awards Association (NCFAA), which was founded in 1997 as a coalition of the major collegiate football awards to protect, preserve and enhance the integrity, influence and prestige of the game's predominant awards. The NCFAA encourages professionalism and the highest standards for the administration of its member awards and the selection of their candidates and recipients. For more information, visit the association's official website, http://www.NCFAA.org.

About ACN, Inc.
Founded in 1993, ACN is the world's largest direct seller of telecommunications, energy and essential services for residential and business customers. ACN provides the services people need and use every day including home phone service, high-speed internet, wireless, television, home security and automation, computer support and natural gas and electricity. ACN operates in 24 countries with offices located throughout North America, Europe, Latin America, Asia and the Pacific. 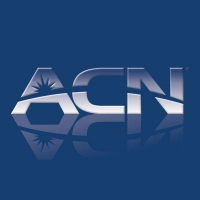 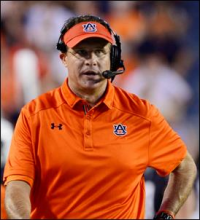