Consequently, because of the alarming and distressing number of road traffic accidents that have been happening worldwide every day, prevention has now become the primary focus to lessen the number of casualties.

Rowland Heights, CA -- (SBWIRE) -- 04/29/2015 -- One of the leading causes of deaths and debilitating injuries is attributed to road traffic injuries such as car crashes and tragic car collisions based on the statements made by the World Health Organization. The international organization states in their 2013 report that an approximate of 1.24 million deaths due to road traffic accidents; and around 20 to 50 million people were known and documented to have suffered from non-fatal injuries but has sustained some disabilities due to the accident.

Moreover, most deaths are between the ages of 15 to 29 years. Based on further studies made by the WHO, 91% of these victims come from countries belonging to the low and middle socio-economic levels. If these countries would not be able to find effective solutions to solve this problem, it is predicted to result in fatalities and deaths of approximately 1.9 million people every year until the year 2020.

In this regard, road traffic accidents do not just bring about loss of family members and disabilities, but these disastrous and catastrophic accidents most often cause its victims economic losses because of the cost of medical and rehabilitative treatments plus the fact that people who have been debilitated and disabled by the car accidents would not be as productive as before and sometimes they may not be productive anymore at all.

Consequently, because of the alarming and distressing number of road traffic accidents that have been happening worldwide every day, prevention has now become the primary focus to lessen the number of casualties. Here are some of the best ways to prevent this dreadful threat to public health:

(1) MAINTAIN PRESCRIBED SPEED. Always remember that the thrill of over speeding kills. Keep in mind that the faster one goes, the more risks are there for an accident and the when a car collision occurs the injuries would be more extreme.

(2) TRAFIC RULE OBEDIENCE. The reason for formulating these traffic rules is basically for the prevention of accidents keeping all people on the road, not the just the motorists safe from devastating road traffic catastrophes. Road Signs and traffic lights should strictly be followed including the distance between each vehicle on the road especially when making turns and changing lanes.

(3) ALWAYS WEAR SEATBELTS. The seatbelt is the best protection and life-saving gear that would prevent each driver and their passengers from sustaining severe and serious injuries and it could even prevent deaths. Based on the statistics of most states' transportation safety administration, in 63% of all accidents that have caused deaths, the victims failed to strap on their seatbelts.

(4) LOOK LEFT; LOOK RIGHT. This may seem really simple, but this would save your life. This should always be done when approaching an intersection because these locations are the prime sites for really serious car collisions.

(5) BE A DEFENSIVE DRIVER. This is probably the most important of all. You may be really cautious with your driving, but in defensive driving learned from a California online traffic school, you would learn how to effectively overcome other reckless drivers on the road and be able to foresee risks of car crashes and be able to avoid and prevent them.

(6) AVOID DRUGS AND ALCOHOLIC SUBSTANCES. These things distort and alter a driver's thoughts and judgment which may sometimes cause them to be reckless and violent on the road, and when this happens, they do not just put themselves at risk, but other motorists and pedestrians as well.

(7) AVOID DISTRACTIONS. Contrary to what have been documented years ago that drunk driving as the major cause of road traffic accidents, DRIVER DISTRACTIONS prove to be more dominant nowadays. Most car crashes that have been documented globally was said to be due to the use of mobile phones and other gadgets, eating behind the wheels, tuning the radio and music players and doing others of the same type while driving on the road.

Being safe on the road is still by far much better than suffering from a loss or an injury. Following these recommendations guarantees each and every driver a safer and more secured driving; pedestrians can walk on the roads unharmed. Be a defensive driver and save people's lives.

About Champion Traffic School
Champion Traffic School offers the best online learning experience in terms of defensive driving and traffic rules. It is an online traffic school which is approved by the CA DMV to help in the dismissal of every driver's traffic tickets in all the counties and courts in California. They ensure every client that they will be provided with a complete module to keep their driving records clean and escalating the insurance premium. They also keep your electronic reports updated without having to spend extra money for this service. Best of all, they are accessible anytime and anywhere. 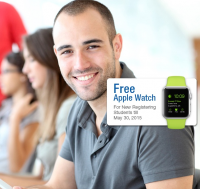