3D Printers: The Next Key Player in Car Design and End-Use Components in the Coming Years

In the coming years, it is expected that easy to customized cars will be available in the market where it will feature 3D printed parts and its components. And talking about the future of car design and end-use components, China have started its campaign in 3D printing by unveiling its 3D printed sedan car.

Modbury, South Australia -- (SBWIRE) -- 04/30/2015 -- 3D printing has changed the way people see manufacturing and the development of industrial parts and car components over the years. With the invention of the latest 3D printers that include the Prusa Mendel i3 Kit, Rostock MAX, UP Plus 2 etc. the possibility of creating car components for end-use become stronger that even the leading car company, FORD, see the future in 3D printing in car design and car component manufacturing. And this dream is slowly becoming a reality now that large corporations like Microsoft is also attempting to further the 3D technology through the unveiling of the new 3D printing file format which can be found on the Windows 10 that will be launched on the 30th of April.

With the continuous development in the 3D technology, it cannot be denied that great amount of time were shaved off from designing the prototypes and samples of the product which typically requires a lot of time to develop. Furthermore, with the presence of the 3D printers, it helped companies produce excellent quality of products in a very short span of time. And as time progress, the idea of 3D printers as a simple design today have changed dramatically as these became part of the businesses' marketing processes.

From printing simple conventional tools for home use to actual components needed in big industries, certainly, 3D printers had taken the next level. According to Ford Motors, this manufacturing process in behalf of 3D printers will continue to prosper and will become the main key player in the manufacturing industry. In the coming years, it is expected that easy to customized cars will be available in the market where it will feature 3D printed parts and its components. And talking about the future of car design and end-use components, China have started its campaign in 3D printing by unveiling its 3D printed sedan car.

China managed to 3D print a Sedan car that is 3.6 metre long, 1.63 metre wide using low composite materials within five days. This was assembled by expert car technicians for a test drive and is powered by rechargeable batteries that allow the 3D printed car to travel at a maximum speed of 25mph. Another attempt was made with Strati, which is a 3D printed electric car that was built within 24 hours. According to the designer of this EV named Jay Rogers, 3D cars can be designed depending on the local environment in mind.

The Strati EV car is said to be the result of the design to finish process that have run for about four and a half months. Yet, for Rogers, the timescale for the future models of EV cars can be minimized to six weeks since this could be printed within 24 hours as long as the parts of the vehicle can be made out of one material. And since parts like engine, tires and suspensions cannot be printed, other parts like the chassis and seats should be printed in high-quality materials like carbon fibre reinforced thermoplastics.

Consequently, with this latest discovery in the use of 3D printer in car design and manufacturing of car components, it's not surprising that the turnaround for car manufacturing will be downsized to the shortest time as possible, now that more and more types of 3D printers are being offered in the market today.

About Aus3D
Aus3D Printer Suppliers are based in South Australia. They carry a range of 3D Printers, 3D Printer Kits, and 3D Printer related parts and supplies. They aim to be Australia's go to 3D Printer supplier by providing professional service and quality products. They have been trading on eBay for some time, and have consistently received positive feedback due to their fast turn-around time and professional service. If you'd like to view their most recent feedback on eBay, you can visit their official website at aus3D.com.au. 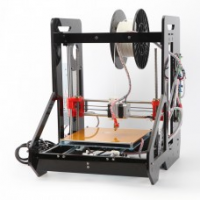 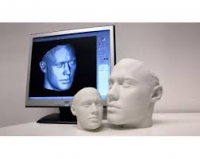 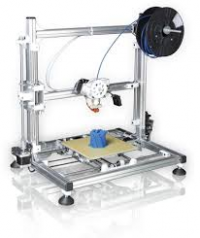