The Law Offices of Donald Witmyer, P.A. on Divorce: Why Legal Family Issues Should Be Consulted to a Niceville Lawyer

Divorce has been the most sought out legal solution by couples nowadays where the marital union of two people will be terminated based on the certain grounds presented by both parties that make the marriage null and void.

Destin, FL -- (SBWIRE) -- 05/01/2015 -- The Law Offices of Donald Witmyer, P.A. is dedicated to people who are struggling with their family issues, especially with regards to high-asset divorce, child custody, mediation, marital assets division, alimony, divorce and military benefits as well as felony charges. Attorney Witmyer sees to it that these issues addressed to him will be further given much attention since these are legal battles that could be the most emotional thing to handle. Thus, people need someone who can help them be prepared for every step they have to take.

Attorney Donald Witmyer is a lawyer Niceville and other neighboring communities of Florida that includes Crestview, Fort Walton Beach, Freeport Santa Rosa County etc., could count on. He is a Christian lawyer and a retired active duty officer as well as a military attorney (JAG) that is experienced in handling family law, military law, and criminal defense. With this advantage, it allows him to help individuals and families to solve various complicated legal issues.

Aside from this, he cares deeply about his clients' troubles by providing a fair and aggressive representation in order to protect his clients' rights in the midst of the legal battles. Which is why, he was able to maintain a successful track record of obtaining favorable results for his clients. And among the many legal issues that Attorney Witmyer have handled that has a big concern for family and military law, divorce has been the leading concern addressed to him by his clients.

Divorce has been the most sought out legal solution by couples nowadays where the marital union of two people will be terminated based on the certain grounds presented by both parties that make the marriage null and void. Though this scenario is very common in nations where this process is made legalized, most people who have been divorced for about 5 years have admitted that they regret their decision to call it quits with the relationship. Some 42% sees that it is a waste of time and money while the other 53% still considers a second chance.

Yet, when deciding on this big move in a relationship between couples, the most important thing that they should include in their decision is their children. According to a Swedish report, the parental separation or divorce could increase the risk of children in the family to experience psychosomatic problems. The reports revealed that children are more prone to emotional and behavioral problems.

Consequently, with the complicatedness of the divorce process, consulting an experience Niceville lawyer will be a great help in making a decision that could change the whole course of their life and their children's. To know more on how you can make this obscure legal issue arrive in a smooth consensus, visit the website of Attorney Witmyer at http://www.witmyerlaw.com/ or call at 850-502-2047.

About the Law Offices of Donald Witmyer P.A.
Donald Witmyer, P.A. is a Christian attorney and a retired active duty officer and military attorney (JAG). His is experienced in handling family law, military law and criminal defense matters allowing him to help individuals and families untangle various legal complications.

Attorney Witmyer cares deeply about his clients' troubles and has a successful track record of obtaining great results for them. Since he is a Christian, and his faith is important, it does not mean that he's a pushover in court. He provides the fair and aggressive representation of his clients' need to protect their rights in the midst of legal battles. 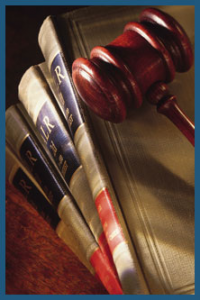