The digital ad agency is betting big on disruptive ideas

Mumbai, Maharashtra -- (SBWIRE) -- 05/12/2015 -- Mentoring start-ups is no easy task. Ask Saurabh Gupta, CEO of Phonethics, a digital advertising agency in Mumbai. Five years ago, Phonethics itself was a start-up, and was struggling to overcome the many odds stacked heavily against it. The original article was published here http://www.thehindubusinessline.com/features/the-phonethics-way-of-helping-startups-find-success/article7170879.ece

For Gupta, the long and winding road between setting out to be an entrepreneur and helping four other start-ups shape their ventures has been a strenuous one. But there are some immeasurable benefits.

"The whole idea of taking on these assignments is that some of their energy gets transferred to us. In most start-ups, the thinking is disruptive. Their way of looking at things and ideating is so creative," says Gupta, adding it helps his own firm stay young, and connected to the core proposition of speaking to the audience with every idea.

"Each of these companies is trying to tell and sell a story. With every start-up, the struggle begins anew. Most tend to commit the same mistake," he adds. Nevertheless, helping people find success as well as profits is what keeps Gupta going.

After having spent 10 years in a corporate job, "the method and madness of start-ups is an interesting dynamic," Gupta says However, it has been a tough row to hoe for the Founder of Phonethics. "There are many aspects of a situation that provide the richest opportunities to be creative, but for some seasoned guys, Apple is the beginning and end of style. They don't want to think out of the box, but want ideas that are innovative and ground-breaking," he adds. He insists that his agency will not work with all start-ups. Gupta learnt it the hard way in 2014. "It is an endless strain on one's time. Some of them don't know what they want to do. Others have too many ideas on their plate. Some don't realise how late they are in their preparedness."

"In some start-ups, the brief (to the advertising agency) keeps changing. The first few months of every start-up can be challenging. I met 10 start-ups last year, and their product was essentially plain vanilla. It's a sheer waste of time sometimes," he adds.

Gupta insists that hard work and perseverance pay. A student of the Rashtriya Indian Military College at Dehradun, Gupta earned his Economic Honours at the Delhi University.

"The first company I set up was a telemarketing company. Business was booming at that time, and I sold the firm immediately. It wasn't a very big transaction, a few lakhs back in 1997-98," he says.

Gupta then started working with advertisers and photographers. Then came a film assignment.

"I wrote a short film called Control Alt Delete. The casting was in Delhi, but I didn't have any money. It was highly experimental. I had no savings, just around ?7-8 lakh in the bank. I was trying to put together a film production company with that," says Gupta "I was 27 at that time and was new to the whole world of entrepreneurship."

The borrowing happened on the last day of the shoot. "A few thousands, but it was a loan, nevertheless. We went bone dry on money. My friends and younger brother had to rush to the ATM in the middle of the night to withdraw cash. It was that bad," he recalls.

Thankfully for Gupta, the film took an interesting turn of its own. "Since I was trying to spread the word about the short film, I started exploring ways to distribute it on mobile phones and over the internet. It was around the same time that mobile phones had started to emerge, and data was not a reality then, though it seemed inevitable. This led to the creation of original short form content on phones, Phonethics."

In January 2006, Gupta and his team "raised ?40 lakh to produce original content on mobiles. At that time, it was only cricket or Bollywood. It was the ring-tone era, and it was a rising sector." All the angel investors have essentially been friends.

"There is a lot of seed action happening right now, especially with e-learning and dating websites. The ability to raise money totally rests on the idea, and the honesty that one brings to the table. I have learnt this from 2005 to 2015. There is no shortage (of money) now, not on the supply side of capital. There is enough money for people who got teams in place," he adds.

In conclusion, digital marketing, including mobile, will continue to grow and evolve well into the future and will eventually eclipse traditional TV, radio and print. Now is the time to make sure that you are getting the most for your marketing spend. Be prepared to keep up with the times and have a scalable digital strategy that can adjust with the trends.

Phonethics Digital Agency India has been named the top search marketing service in India based on a rigorous examination of their supplied solutions. The independent research team has named them due to their continued achievement and their history of successful internet marketing solutions. Those looking for a competent search marketing solution to meet their specified needs should consider Phonethics Digital Agency India . 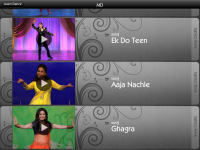