Nation’s Restaurant News attended the recent NRA Show, and interviewed Roland Dickey Jr., CEO of Dickey’s BBQ, on the lessons he shared in the Presidents Panel.

Dallas, TX -- (SBWIRE) -- 05/20/2015 -- The National Restaurant Association (NRA) Show is the biggest event of its kind in the calendar year, and is a must-attend event for anyone in the industry who is serious about innovation, growth and prosperity in the restaurant business. The event attracts speakers from some of the biggest, fastest growing and most successful chains in their Franchise section, and invited a number of franchise leaders to speak on their president's panel about the unique opportunities and challenges of running a franchise. Some of the most insightful points were made by Roland Dickey Jr., who was interviewed by Jonathan Maze for Nation's Restaurant News.

In the interview, Dickey Jr. expands on some of the points he made, including failed experiments for off-brand menu items designed to broaden appeal, such as a tofu-meatball salad. The point was quickly parroted by a major Burger King franchisee who noted the extinction of limited time offers.

Equally, Dickey promoted being bold in entering new markets, with California's healthy lifestyle obsessed citizens unusually welcoming Dickey's BBQ as a source of rich proteins for the fitness set, while the ill-fated salad sat on the side lines. Dickey reported growth in customer traffic year on year without adding menu items.

A spokesperson for Roland Dickey Jr. explained, "Roland Dickey Jr. is always happy to share his insights, it's why he attended the panel in the first place. So he was more than happy to sit down with Jonathan and expand on some of the points he made, so those seeking greater insight could find it in the Nation's Restaurant News. The panel itself was a great success, and Roland enjoyed sharing stories with other business leaders, creating a consensus between them that consistency and simplicity works best for franchise menus."

About Roland Dickey Jr.
Roland Dickey Jr. is the CEO of Dickey's Barbecue, and is responsible for creating the Dickey's barbecue franchise that grew the business from 20 to 500 stores in less than ten years. Dickey is passionate about barbecue and about business leadership, and tours the country talking at major events about how to create a vision for success and follow through. 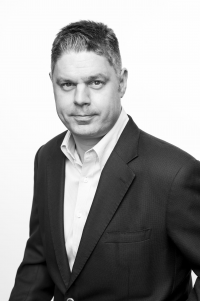