About Carole Ann Drick
Carole Ann Drick, PhD, RN, AHN-BC, of Austintown, Ohio, graduated from West Virginia University with her BSN, and then obtained her MN from the University of Pittsburgh and her PhD from Indiana University. Carole Ann is one of the early organizers and supporters of the holistic health focus in nursing, and is a recognized leader within the holistic community. She has a passion for quality of life, which began as an early advocate for natural childbirth and now as a focus on death with dignity. The underlying thread in all her work is a fundamental shift in consciousness. She has four meditation CDs and has authored or co-authored four books and numerous professional publications. In 2008, she co-authored the first historical account of AHNA in the American Holistic Nursing Association: Implementing Visions of Health and Healing book. Her passion for dignity at end of life began with her first of three end of life books, Mother Stories: through our mothers' death and dying (2007). Subsequent titles include: End of Life: Nursing Solutions for Death with Dignity (2011) for health professionals and The Golden Room: A Practical Guide for Death with Dignity (2013) for lay persons. Carole Ann's national and international presentations are numerous and well received.

Carole Ann has been on the graduate faculty of two large universities, and developed and implemented a new baccalaureate nursing program based on holistic principles that received full initial NLN accreditation. She is also a two time recipient of the prestigious American Journal of Nursing Book of the Year Award.

About AHNA
At its founding in 1981, the American Holistic Nurses Association (AHNA) adopted as its primary mission the advancement of holistic healthcare by increasing awareness and promoting education as well as personal community-building among nurses, other healthcare professionals and the public. This non-profit professional membership organization is becoming the definitive voice for holistic nursing for registered nurses and other holistic healthcare professionals around the world. Holistic nursing focuses on integrating traditional, complementary and alternative treatment opportunities to improve the physical, mental, emotional and relational health of the whole person.

Holistic nursing is recognized by the American Nurses Association as an official nursing specialty with both a defined scope and standards of practice.

Provider approved by the California Board of Registered Nursing, Provider # 10442. 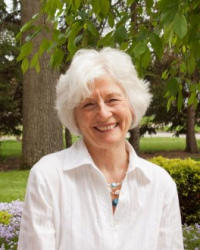