"In ten years, Lifelock has amassed the best of talented people who truly have a passion for identity theft protection," said Siciliano. "When consumers have an identity theft issue, no matter what its nature, they can call 24/7/365 and get a live, empathetic, resourceful professional on the phone to help them resolve their issue."

The Besty Award is an accolade given to companies who have proven to be the best in their industry and can match up to TheBestCompanys.com's proprietary ranking criteria system. LifeLock is the first and only company to have received the Besty Award in the identity theft industry.

Siciliano and the rest of the BIDTC team toured headquarters and observed LifeLock, Inc. on their operations and processes. The BIDTC team was happy to discover that LifeLock's restoration and recovery process was better than what is being advertised.

"When we saw their identity recovery process we were thoroughly impressed," said BIDTC's CMO Paul Adams, "LifeLock's identity restoration sets them apart and is a key reason for receiving this award."

LifeLock, Inc. runs a secure facility and has direct lines to several other companies in affected industries to provide as quick of identity recovery as possible to their clients. When customers call in they are immediately connected to their caseworker who will be their contact the remainder of the time with LifeLock until the situation is best resolved. Not only is LifeLock's restoration process a stand-out, but their protection technology is state-of-the-art.

"Lifelock posses the only existing proactive identity theft protection technology that monitors a consumer's Social Security number in real time on most major creditors databases, and sees when their credit is being considered for new accounts," said Siciliano.

BIDTC's panel of expert scored LifeLock at an 8.3 out of 10. LifeLock has always been the number one ranked company on BestIDTheftCompanys.com regardless of the improved ranking criteria changes made over the years. LifeLock has acquired approximately 150 user reviews with an average score of 7.6 out 10.

About BestIDtheftCompanys.com
BIDTC was built to discover the best and most reliable identity theft companies without allowing companies to pay for a spot in the ranking. They are focused to present the best because they are the best. BITDC displays clear, easy-to-read rankings and facts about each company that give consumers a clear picture of what to expect when signing up for identity theft protection. BIDTC also allows consumers to give their feedback by providing a portion of the overall score through the consumer reviews score. BIDTC has currently over one thousand real consumer reviews and over a hundred identity theft companies evaluated and ranked. 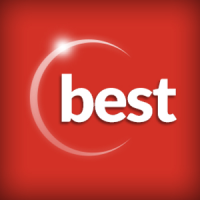