Professor Michael Stavy’s paper (his 32nd) on the Levelized Cost of Storing Wind Electricity in an Energy Storage System has been accepted for an oral presentation at the 14th World Wind Energy Conference, 26-28 October 2015, Jerusalem, Israel. Michael is a retired American economics teacher and renewable energy economist. Using KICKSTARTER, he is seeking financial support from environmentally sensitive individuals for his Jerusalem travel expenses.

With his own money, Michael did his energy storage research, prepared his economic analysis, and wrote a significant enough paper to be accepted for an oral presentation (not a poster presentation). He needs your financial backing to pay his Jerusalem travel expenses. As a retired economics teacher, he is not in a position to self-finance his travel to Jerusalem.

Michael has suggested that for environmental and geopolitical reasons Israel should become the planet's first (electric vehicle) EV Nation. It is a pure coincident, but the Israeli Railroad just announced that it will electrify its main line tracks. Jerusalem already has a tram line. Tel Aviv's light rail system is under construction. The Israeli EV fleet, the Jerusalem tram, Tel Aviv's light rail system and the Israeli Railroad can all use the wind power discharged from energy storage.

Increasing the use of wind electricity reduces carbon emissions from power generation but in order to use wind power there has to be energy storage when the wind does not blow. Michael's paper helps slow global warming by enabling wind electricity with storage to replace fossil electricity.

Michael Stavy is appealing to the environmentally sensitive KICKSTARTER community to support his travel to Jerusalem. His does not expect to get any support from the oil or coal industries.

Michael's KICKSTARTER funding goal is $6,900. He really knows how to travel on a budget.

There are rewards for backers starting at US$25 and going up to US$600.

About Michael Stavy
Michael has 25 yrs of experience in utility scale wind technology and economics. On 25 April 2013, Michael was quoted on electric grid reliability in the New York Times http://nyti.ms/10CnQ8T He helped do energy studies while in the USAR 308th Civil Affairs Group (1968-74). Michael was a member of a Fact-Finding Delegation that went to Germany, 17-21 September 2012, to study, "Innovations in Energy Efficient City Transit (http://tinyurl.com/8bneefk ). The delegation was sponsored by the German Federal Ministry of Economics and Technology and by the German/American Chamber of Commerce (AHK).

During the 1997-98 academic year and during the fall semester, 1999, he was an Adjunct Associate Professor of Finance at UIC http://www.uic.edu/

From 1970 to 1999, Michael Stavy was a full-time, tenured Economics teacher at the College of DuPage (COD), Glen Ellyn, IL https://www.cod.edu/ 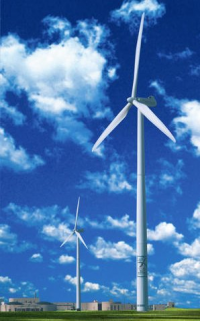 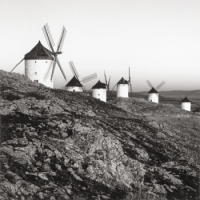 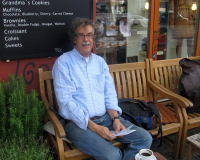