Mount Pleasant, SC -- (SBWIRE) -- 04/30/2015 -- Having traveled the United States and being part of numerous city music scenes, Rene Russell's music has elements of American roots genres spliced with a unique modern sound. During her travels, Russell built a wide resume that includes sharing the stage with legendary folk performers Indigo Girls, Michelle Malone, Top Chapin, and Danielle Howle. Released on New Year's Day 2015, her latest album "Freeverse" is clearly designed with the express purpose of reaching music lovers of all genres on an emotional level.

Rene Russell began playing music on guitar as a pre-teen. Her instrument of choice quickly became the 12-string guitar. Predominantly a solo performer, Russell later quit college after two years to begin playing music in South Carolina near Columbia, her hometown. She recorded her first album "Last Night I Rode A Nightmare" in 1987 before moving between the East and West coast of the United States over the next several years. Throughout the 90's Russell started to build her musical resume and shared the stage with numerous musical acts of various genres and released her second self-titled album.

In 2004, Russell moved to Charleston, South Carolina, where she played her older material, but became burnt out on writing new music. It wasn't until 2013 after quitting drinking in 2012 that she regained her creative spark and started her own company Change Your Brain Music LLC. With the new company came her mission statement that includes connecting with all listeners and uplifting their spirits. Russell's music examines her life experiences and those around her and encourages people to examine how they impact the world around them.

Now, Russell is a music veteran of 35 years and is known for her energetic solo performances during which she uses a drum machine (and has since they came out) as well as percussive slaps to provide the beat for her unique finger picking and pulling techniques on her 12-string guitar. Although she has used bass and viola players in her live performances, in Russell's 35 years of experience, she has never played in a band or owned a 6-string guitar. Her DIY approach to music has resulted in a style that is incredibly clean sounding, while retaining an edgy, and dynamic live sound.

Recorded at the ARP Studio in Charleston with studio bass player and owner Bruce Roberts, the album "Freeverse" features the drums and string arrangements of Fred Hudson and the talents of singer/multi-instrumentalist Tim Styles, who is also the co-producer. The album incorporates Dale Baker on electric and slide guitar as well as Richard DesJardines on cello. All of the musicians featured on "Freeverse" are local to Charleston. After the album was released, Russell began a campaign to expose "Freeverse" to as many listening rooms in Charleston, Nashville, Knoxville, Atlanta, and every major city in between. In the immediate future. she hopes to become part of the festival scenes throughout the United States and receive more radio airplay. Her music can often be heard on the various Woman of Substance (WOS) podcasts, which are available on iTunes.

Her songs "Politely Tell a Lie", "Canvas of Your Life", and "What If" were recently added to the Woman of Substance radio station on August 6th, 2015. In addition, her song "Politely Tell a Lie" appeared on the new "What's On My iPod" music show, which aired on April 6-10, 2015, and her songs were chosen to be featured on the #1 New and Noteworthy Women of Substance Music Podcast between April 20-24, 2015. "Freeverse" is currently available on iTunes, CD Baby, Amazon, Soundcloud, Spotify, and other online music outlets as well as her official website http://www.renerussell.com, where listeners can also keep up with the latest Rene Russell news and tour dates. 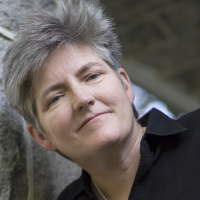