Replica of Historic Record Breaking Locomotive, on Sale for over a Quarter of a Million Dollars

A museum-quality model of the historic Pennsylvania Locomotive No. 460 an Atlantic E6s (4-4-2), better known as "The Lindbergh Special", is now being sold through an official website, LindberghSpecial.com for $275,000.

This Live Steam Model Locomotive will allow one discerning collector a chance to own a one of a kind, authentic and highly detailed replica of one of the most iconic steam locomotives of the 20th century. The PRR 460 E6s Locomotive, better known as "The Lindbergh Special", was built by the Pennsylvania Railroad; the famed locomotive gained recognition for its masterful engineering, and cemented its place in history during the famed Charles Lindbergh run, capturing the hearts of a generation as it raced an airplane from Washington to New York City in 1927.

During this run, several newsreel companies rushed to be the first to get the footage of the Charles Lindbergh transatlantic flight to Broadway theaters. Most companies chartered planes, but the International Newsreel Corporation chartered the PRR 460. Although it did not win the race, the Lindbergh Special was still the first to deliver developed film due to its ability to carry a darkroom and develop the film en route, while reaching a record-breaking speed of 115 mph–a record never beaten by a steam locomotive.

Now, one fortunate locomotive enthusiast and history aficionado will have a chance to own a replica of this remarkable locomotive. Dr. William Murphy, an inventor and pioneer in the field of bioengineering dedicated over a decade alongside a prominent English craftsman assembling this model based on the original Pennsylvania Locomotive blueprints. Not a single detail of the blueprint was overlooked, allowing for a level of accuracy and detail rarely achieved amongst privately owned models.

"This locomotive model is the culmination of a decade long project of passion for steam powered engineering. I desired to make a high quality locomotive, a model of a very efficient, live steam locomotive, and the Pennsylvania railroad had made one, which proved itself in the run from Washington to New York, thereby qualifying as the Lindbergh Special. I can happily say that I achieved my goal, and now it's time for someone else to enjoy the superb replica." said Murphy.

The Live Steam Model Locomotive has remarkable pulling power, due to its fully operational coal powered steam engine. It is scaled at 1 9/16", with a gauge of 7.5", a length of 9'6" (locomotive and tender combined) and a weight of around 800 lbs.

Also available is a set of fully machined castings, including frames and stretchers for construction of a 4-4-2 E6s locomotive and tender. The price is $65,000 available immediately.

Those interested in receiving more information on the Lindbergh Special Live Steam Model are invited to submit their contact information, as well as any additional questions through the LindberghSpecial.com website, where they will also be able to enjoy a gallery of photos and video.

About William P. Murphy, Jr., M.D.
William P. Murphy, Jr., M.D. has had an accomplished medical career that includes pioneering contributions to the field of bioengineering. He founded Cordis Corporation, a leader in interventional medical devices that is now part of Johnson & Johnson. An inductee of the National Inventors Hall of Fame – among other honors – he holds 17 patents and is a distinguished author and speaker. 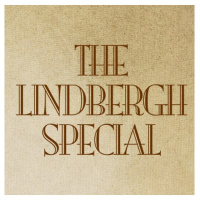 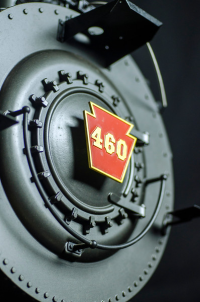