Researchpeptides.com Delineates What We Need to Know About PT 141 and Why It Is Considered as the Ever First Novel Class of Therapies

Pharmaceutical medications for the treatment of ED and PDE-5 inhibitors are currently in the market (considered as the first generation). The main focus of this class of therapy is targeted towards the treatment of vascular physiology or blood flow of penile erection.

Portsmouth, VA -- (SBWIRE) -- 11/23/2015 -- PT-141 is considered as the ever first in the novel class of therapies (also known as melanocortin agonists) which also work via a system of action involving the central nervous system and not directly on the vascular system. What is notable about the use of PT-141 is that it offers an extensively safety and effective benefits over the readily available products like Viagra, Cialis,and Levitra.

PT-141's non-invasive and fast acting capabilities makes it easily administered nasally and is not expected not to have contra-indications in patients using nitrates for cardiovascular medication. Clinical studies have proven that the use of PT-141 is safe and effective in improving patients' conditions.

In a certain study conducted, PT-141 was tested in four phases using 300 men. Being the subject of countless journal articles and being presented in numerous scientific conferences, the following are the derived observations:

1. PT-141 use in men was observed to be effective in a wide range of patients especially with those who have severe erectile dysfunction (ED) and are non-responsive to slidenafil. The result of "at-home" findings has the same results as of that of PDE-5 inhibitors. Based on the study, about half of those tested were able to restore their health to a normal level of function. PT-141, when co-administered with slidenafil, has shown superior effectiveness. However, there were observed side effects such as nausea, aftertaste, post-natal drip, and facial flushing.

2. The same study used 18 pre-menopausal women who are also diagnosed with female sexual dysfunction or FSD. After the use of PT-141, patients were observed to have an increase in sexual desire and heightened genital arousal. The direct relationship between genital arousal and sexual desire was also pointed out as one of the results in the study. This finding in fact helps a lot in reinforcing the probable importance of the report in furthering the studies related to PT-141.

Taking Advantage of the Market Opportunity

In another study conducted by Massachussets Male Aging, there are about 50% of men 40 to 70 years old) who were reported to have episodic episodes of ED, while there are about 30 million men in the USA who suffer from ED. Although not foreseeable, the occurrence of ED is not directly proportional with age. Findings show that chronic ED has an effect in about 50% of men aged 40,with about 15% - 25% of men aged 65. Momentary ED and insufficient erection affect as much as 50% of men whose ages range from 40 -70.

About 70% of chronic ED cases account for the development of diseases such as coronary artery disease, diabetes, and hypertension. Other side effects deal with psychological factors like stress, depression, and anxiety, which according to the study, accounts for like 20% of the reported cases. Aside from this, there are about 35% and 50% of men who are diagnosed with diabetes have ED.

Pharmaceutical medications for the treatment of ED and PDE-5 inhibitors are currently in the market (considered as the first generation). The main focus of this class of therapy is targeted towards the treatment of vascular physiology or blood flow of penile erection. It is also noteworthy that PDE-5 inhibitors do not possess drawbacks with these therapies having certain advancement over mechanical methods.

PT-141 is therefore proven to have a good marketability given the benefits based on the results of the studies conducted.

About Researchpeptides.com
Researchpeptides.com is a blog or a forum website where people can learn and share their views about specific topics and all its other important aspects. Interested people should sign up and create a publicly viewable profile. The forum provides verified topic discussions from all its members for the purpose of research. 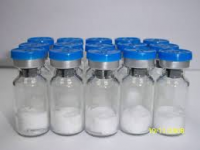