Americans are fielding an increasing number of unwanted solicitors and annoyance calls via their cell phones and landlines. As these calls persist, many are asking themselves, “who called me,” as knowing the answer is the first step in stopping the calls. Now, the new Reverse America website is ready to help the American public find the answer to that question. “Our free reverse lookup services have become an indispensable way for people to gain peace of mind about knowing who is calling them so that they can stop the harassment or put their fears to rest,” said a Reverse America spokesperson.

Their service works by allowing anyone to enter a phone number into their system and obtain any details they may have about its owner and where they live, such as the names associated with the number and a Google map of the general area if an address is found. The results page for any listed number will also show a date for the last time the information was publicly available in order to know how current the number is. “By utilizing the latest public databases to keep our information current and useful, we can provide the most up-to-date details on where and from whom the calls originated,” said the spokesperson.

The service works by simply typing in an American phone number (including its area code) and hitting ENTER. The system will return all known information on the number that is currently within their databases. The database records of Reverse America go back ten years and only the information that was public most recently is displayed with the date that the information was last updated. For more information, please visit http://www.reverseamerica.co/

About ReverseAmerica.co
The website service allows anyone to enter a phone number into the Reverse America system and obtain any details they may have about its owner and where they live. The service’s database of numbers provides details such as the names associated with the number and a Google map of the general area if an address is found. Reverse America is part of a larger network of websites offering reverse phone number lookup in multiple countries. 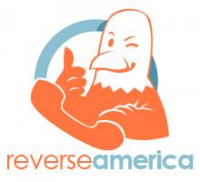