Los Angeles, CA -- (SBWIRE) -- 07/16/2021 -- Ricardo Neeley, a popular hip hop artist from The Bahamas announces that he is making the transition from Noble Barz to NRBARZ for legal purposes. NRBARZ has come a long way with sheer hard work, dedication and passion for making good music. The artist is currently exploring new horizons by collaborating with a few music firms overseas who have reached out to him. These firms have shown great interest on a few tracks from the T.S.I.R. (The Struggle is Real) album. A lot of discussions are going on involving the licensing of tracks, brand partnerships, overseas promotions and exposure on major music platforms. NRBARZ is currently working on a few joint music projects that need completion along with writing and recording of follow-up tracks from T.S.I.R. and plans to complete these tasks by the end of year.

NRBARZ's passion for music started when he was very young, however, life was not a bed of roses with his single mother struggling to play both the role of a mother and a father. There was no dearth for love and compassion in his home and with his mother playing music every day, NRBARZ was surrounded by cassette tapes and CDs by world class musicians. All these experiences have shaped NRBARZ for what he is today. From his first encounter with local TV stations as well as those in US and Canada to the release of his freshman solo titled "Symphonic Signatures" and his second album S.C.O.A.P followed by award winning song "Rainset", it has been a roller coaster ride for NRBARZ.

About Nrbarz.com/
Ricardo Neeley also known as NRBARZ is a hip-hop artist born and raised in the Commonwealth of The Bahamas, Island of New Providence. Formerly known as Noble Barz, NR has been a hip hop artist for several years now and has created his own unique style. 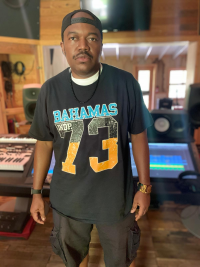 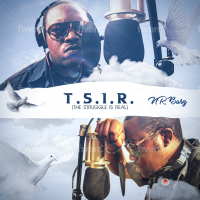