Composed and photographed by Christine Norman, ‘Rock On: Rocks & Things From My Beach’, brings rocks and beach glass to life with personality and bold beauty. Proving that ‘things’ lying on the beach really can take on a life of their own, Norman’s revolutionary images will change the way readers view the beach forever.

Traverse City, MI -- (SBWIRE) -- 09/26/2013 -- While every beach has thousands of rocks and pieces of beach glass seemingly lying dormant, in a powerful new book Christine Norman shows the stunning personality they can take on if arranged in the right way. Quirky, whimsical yet wholly original, ‘Rock On: Rocks & Things From My Beach’, is unlike any book ever created.

From rock faces and puppies to vivid scenes made out of beach glass – Norman’s proximity and affinity with Lake Michigan has produced a book that will inspire and entertain anyone who appreciates life out of the norm.

Definitely the most entertaining book on rocks out there. This whimsical, completely unique look at rocks and beach glass and what they can become will forever change the way you view them.

Expertly photographed, the images almost come to life with unforgettable characters and beautiful compositions. And it seems the longer you look at them, the more you will see. One of the photos, entitled, "Faces" invites the viewer to count how many faces they can find in a collection of rocks that have naturally formed faces, “It always elicits a (Where's Waldo) kind of reaction, drawing the viewer into the photo, quite often finding ones that I never realized were there myself.”

“The characters and compositions in this book were inspired by the amazing variety of colors and shapes of rocks I collected along the northern Lake Michigan shoreline . Every day new treasures await discovery.”

As the author explains, what began as a quirk hobby has since become an art form that many have grown to love and appreciate.

“Who would have thought rocks could have so much personality! This book is important because it always makes people smile. Completely unique photographed compositions that stir the viewers’ imagination with creative images made up entirely of rocks and beach glass collected from her beach,” she says.

Continuing, “The possibilities are endless; they all have so much potential. Okay, it isn’t fine art or quaint, but why should it be? It’s a whole new way to appreciate and enjoy one of nature’s most abundant and fascinating gifts, rocks. With their universal appeal, rocks have forever dazzled, beguiled and intrigued people from all walks of life and from every corner of the earth.”

"Book of quirky constructions in lush colors that are sure to raise a smile, and perhaps get you thinking about the connectedness of all things, if only through one’s imagination,” says Northern Express, a Publication Magazine.

Talent Manager of movies and television Veronica Greive was equally as impressed, adding, "Love this book! I never realized rocks could have so much talent. I'll have to book them..."

With endless inspiration and some wonderful new ideas, Norman has recently announced that ‘Rock On Too’ is currently in the works.

About Christine Norman
Christine's career in the arts is the continuation of a family legacy. Her oil landscapes honor the memory of her grandfather, renowned turn of the century painter, Henry W. Tomlinson, who traveled the western United States on horseback, capturing its beauty in the tradition of plein-air.
In bringing her own inner vision to life, Christine is in the on-going process of exploring many artistic mediums, including photography, painting, sculpting, and writing.
Christine's work in the arts has received many awards and has been juried into numerous shows. In 2004 her sculpture, Kindred Spirits, was one of ten juried into Washington's 7th Annual Peace Arch Park International Sculpture Exhibition. In 2006, her oil landscape, Sunday Morning Drive was awarded 1st place in Sedona's, 26th Annual SAC Members Show. In 2008, she was awarded 2nd place at the prestigious Scottsdale Artists School, Best and Brightest Show, for her sculpture depicting two motherless fawns entitled, The Orphans, Annie & Lilly. In recognition of that accomplishment, Southwest Art Magazine featured Christine in its March 2010 issue. 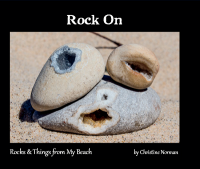