Sarasota, FL -- (SBWIRE) -- 10/27/2017 -- Rockets and missiles are usually used to wipe out the enemy helicopters, aircraft, tanks, incoming missiles or rockets, ships, armored vehicles, submarine, artilleries, and so on. Rockets are self-propelled, unguided weapons, and powered by rocket motors or jet engines. On the other hand, missiles are self-propelled, guided weaponry that is used for air-to-surface combat, surface-to-air combat, and air-to-air combat. The rising year-on-year defense budget in the developing economies is the key factor for the growth of the global rockets and missiles market.

Region-wise, the global rockets, and missiles market is segmented as Europe, North America, Asia Pacific, Latin America, and the Middle East and Africa. North America dominates the global market mainly owing to advancements in the defense sector in this region. This trend is followed by Asia Pacific and is anticipated to continue its dominance in the near future. 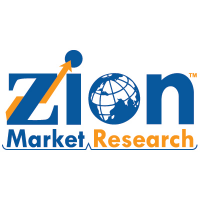