Captivating children with an inspiring and important story about a mean guard dog named Rocky, ‘Rocky at the Farm’ is serving as a vital literary tool to combat global bullying; proof that it’s always better to be a friend.

Boise, ID -- (SBWIRE) -- 01/22/2013 -- With 64% of U.S school children falling victim to bullying at school, this growing problem has to be stopped. Confident that literature is an effective tool to educate the masses, author Mike Hansen announces the launch of a powerful new book.

‘Rocky at the Farm’ contains not only an enthralling children’s story, but a life-changing message about the power of friendship and good character.

Rocky at the farm is a children's book about a mean guard dog named Rocky. Rocky is a bully and guards a warehouse that his owner eventually sells. The owner leaves rocky on the side of the road out in the country and Rocky is left to go looking for food, comfort, and love. A farmer and his family stops to pick him up and at first Rocky is resistant and tries to bully the farmer. The farmer is kind and understanding and takes Rocky to his farm where Rocky meets a dog named Tootsie, a bulldog named Tank, and a wise cat named Leo.

Rocky struggles to make friends at first and when he plays a game of soccer with the other dogs, they all leave because of how much of a bully he is. Leo the cat steps in and helps Rocky to see the error of his ways so he can start to make friends and build relationships. The story culminates with a big soccer game between the cats and the dogs where Tank the bulldog runs over Leo the cat, injuring him. Ro cky goes to tend to his friend Leo who is hurt pretty badly, but that decision infuriates Tank the bulldog. Tank is so angry and throwing a fit he does not see that the farmer is working in the field and is about to run over him, but in a wonderful twist of events, Leo the cat musters up enough energy to save Tank from a very bad situation.

The story ends with Rocky and his new friends walking off into the evening, knowing that they will not be bullies and stay friends forever!

As the author explains, the book’s underlying moral was a deliberate attempt to help both the victims of bullying, as well as those who may be bringing plight to others’ lives.

“Rocky at the Farm was written to entertain and educate children, to try and put a stop to the bullying epidemic in the world that we see now,” says Hansen.

Continuing, “We want to get the message out there, that it's better to be a friend than to be a bully!”

Critics praise the book for its appeal to children and their families, as well as for its attempts to do good. With an extremely positive initial reception, Hansen now plans an entire series of books that focus on multiple facets of being a good person.

“We are a self-published book, but hope to include more stories as they come, with themes like respect, everybody's different, self-esteem, etc. We feel like this is a wonderful story that children and adults can read and enjoy. Feedback confirms this, so we plan many more releases in the future,” he adds.

While there’s much more to come from Rocky, the series’ first book is seeing growing demand. Due to this, interested readers are urged to purchase their copy of the book as soon as possible.

‘Rocky at the Farm’, published by Createspace, is available from Amazon: http://amzn.to/VasX9e

About Mike Hansen
Mike Hansen lives in Colorado with his wife Judy and their dog named Earl. Mike loves to plan and go on adventures, he lives every day to his fullest and learns something new every chance he can! Mike loves to go boating, bicycling, and being outside. 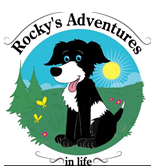