The Romanian medical world is at a turning point. The lack of proper healthcare is pushing patients to go seek treatments abroad, the low wages and the lack of medical jobs are pushing doctors to also go and practice abroad, leaving the Romanian healthcare in a crisis.

Denver, CO -- (SBWIRE) -- 09/27/2013 -- The "brain drain" from the Romanian health system has become a serious problem as many of the state hospitals find themselves in a dire need of specialists, yet the medical specialists have gone abroad, rather than being stuck with a small paycheck in their home country. This is a chain of events that is happening all over Europe, as specialists have discovered.

At the moment, the data from the Romanian Ministry of Health shows that starting with the year 2007 and until the 1st of August 2013 15,000 Romanian doctors who have been taught within the country’s excellent Medical Universities have gone abroad in search of a better paying job.

They are by no means low quality doctors, but specialized physicians who have made the difference in many prestigious European hospitals. During that same time frame, there have been only 624 Romanian doctors who have returned to practice medicine in Romania.

The huge difference between the two figures announces a crisis that the decision factors from the Romanian medical world is trying to solve before it is too late. This was also the reason for which Forbes Romania – the local branch of one of the most reputed business magazine in the world - has taken the initiative and gathered important names in the industry to see what would be the solution to this pending problem.

The event was called “Forbes Medical” and invited everyone interested in the negative trend of Doctors’ Exodus to take part and collaborate in finding a solution.

Dr. Raed Arafat, State Secretary in the Romanian Ministry of Health attended the conference, along with the President of the College of Physicians of Romania - Vasile Astarastoae, Rodica Tanasescu - President of the National Society of Family Medicine, representatives of the University of Medicine and Pharmacy in Bucharest and the private clinics.

According to Dr. Raed Arafat, “In Romania, the public hospitals are refusing to hire Romanian doctors who have been trained abroad, even if they need these doctors.”

The Romanian State Secretary of Health also said that “It is not necessarily the hospital manager who is refusing, but the doctor’s colleagues from the same department. They say he is “overqualified”. We are at the point when there is an obvious fear of the medical specialists who have worked abroad.”

However, most of those Romanian doctors who choose to go and practice their specialty abroad are doing so because of the low wages. And this is not a new trend within the European countries, but it is Romania who has taken the massive toll.

The perspective is quite grim, as the European Union might be facing the lack of 1 million workers in the medical industry by 2020. “The physicians’ exodus is a continuous movement at an European level, but Romania is absorbing the serious impact” says Dr. Raed Arafat.

“Romania’s problem is that if we are exporting medical specialists we have nowhere to import physicians, because of the EU regulations that prohibit hiring doctors from abroad” (i.e. outside the EU).

Sorin Stircu, who is the Regional Manager of PlacidWay for EMEA and Asia attended the event and said that “This is merely the tip of the iceberg. Romanian health system has many other problems that need to be addressed in order to reduce the doctors’ exodus but also to give quality options to Romanian patients”.

At the moment, most of the Romanians cannot access proper medical services, especially in the rural areas, where one family doctor has, in some cases, 5,000 patients subscribed and the county hospitals are overwhelmed as well.

Encouraging private clinics that are hiring doctors at a different salary level than state hospitals can be a solution to the scarcity of specialists, but also to provide a higher level of medical services to the population.

A private clinic chain director from Romania, Bogdan Pana said that the medical market needs to be more competitive in order for something to change. According to Bogdan Pana “the Romanian medical industry needs to have real competition.”

For that to happen, investments need to be made, but if no support is given to private clinics, Romanian and foreign, evolution is blocked.

Pramod Goel, PlacidWay CEO and author of "Evolution of Medical Tourism”, says “Romania is at a very critical cross-road of healthcare system. The confluence of public healthcare needs, socio-economic factors of healthcare workers, and country’s economic development are all tied together. With the advent of globalized consumer-centric healthcare, there will be continued balancing of critical resources to create a sustainable healthcare infrastructure."

"While there are continued threats of further decline in Romanian healthcare, there are also opportunities to attract new investment from foreign healthcare providers as well as patients who may seek medical services in Romania due to cost, quality, tourism, and other factors. The key is to innovate when there are competing priorities.”

About PlacidWay
PlacidWay is a leader in the medical tourism industry, dedicated to offering accurate, up-to-date information and resources regarding medical travel, international providers, treatments, procedures and destinations for international travelers. For press inquiries about PlacidWay or to arrange an interview with Pramod Goel, call +1.303.317.3607, or email info@placidway.com. 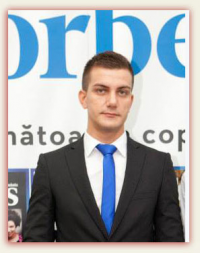 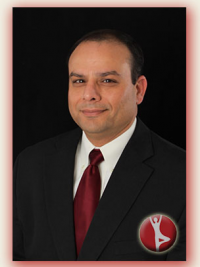