Round Earth Media Seeks $27,500 in Crowdfunding via Kickstarter for Global Mashup Project

This project would send three talented young reporting teams into the field for in-depth coverage of under-reported issues in Ghana, Jordan and Mexico.

Minneapolis, MN -- (SBWIRE) -- 10/17/2014 -- Round Earth Media is inviting the public through this crowdfunding campaign to support some of the very best young journalists – mostly freelancers these days – who we depend on for reliable, fact-checked boots-on-the-ground reporting from outside U.S. borders. The Global Mashup Project will bring their stories on under-reported issues to huge audiences via such media outlets as The New York Times and NPR in the United States and similar outlets in Ghana, Jordan and Mexico.

Among the topics our teams will be covering:

- Media and Politics: What's the Connection?
- Crime and Impunity: What’s the Real Story?
- Women and Development: Are There Stories of Hope?

In our increasingly interconnected world, reliable news and information is more important than ever before. The Global Mashup Project will bring compelling untold stories rich in place and humanity to readers and listeners in the United States, Ghana, Jordan and Mexico.

In today’s hurry-up breaking news environment, American journalists are often required to drop in to a country to cover the news of the moment then quickly depart. Under ever-present deadline pressure they can unintentionally miss the nuances of prevailing cultures of the region, which can be critical components of the story they are covering.

The journalists of Round Earth Media do it differently. They team up with reporters from the countries they cover to give their audience critical insights that go deeper than the surface events.

Money raised through Kickstarter will cover the travel expenses of the journalists as they pursue stories of global importance in depth. In addition, this crowdfunding campaign will support Round Earth Media's editorial team as we mentor our teams and others on the ground, helping to place their stories in top media outlets. As good financial stewards, not a penny is wasted on first-class airfare or other frivolous expenses.

This crowdfunding campaign ends on November 2, 2014. 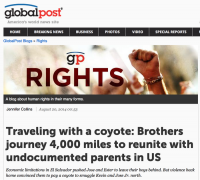 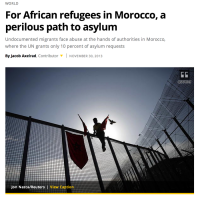