Runners are Improving Their Pace With Half Marathon Training Advice from RuntheLine.com

Windsor, UK -- (SBWIRE) -- 10/20/2011 -- As a child, most people love to run and jump and play; exploring new challenges and taking new risks. But as they get older, some people maintain their need for adventure and playfulness, while others find comfort in less strenuous activities.

For those who continue to hit the ground running, there are an endless number of races, half marathons and marathons to enjoy. But training to enter a race can be daunting without the right plan in place.

Triathlete and avid runner, Ross Middleton recently launched RuntheLine.com to help beginner runners make the leap to half marathons. Offering first-hand advice, the new site provides three half marathon training plans for new runners of varying levels of fitness and with different goals the help they need to conquer the 13 miles in less than three months.

Running a half marathon is completely different than running a 5K or 10K. To some extent, most moderately active people would be able to complete a 5K or 10 without too much practice. However, once a runner is ready to take on a half marathon, the game changes and training is a necessity. But with the lack of decent beginner half marathon training plans available, RuntheLine.com supplies runners the expertise and motivation they need to get ready for the big race.

Ross Middleton, who has run in multiple half marathons, marathons and even triathlons, says half marathon training is imperative for runners.

“Training for a half marathon is not only essential, but if it is not approached in the correct way then you can risk an array of problems such as injury and over training, all of which can prevent you from crossing that finish line come race day,” said Middleton.

RuntheLine.com offers three beginner half marathon training plans meant for runners who can run a 5K without stopping. The plans are structured over a three or four month period and include a place for runners to keep track of their average pace, allowing them to see how they have improved. Plans include the Plodder Gonzalez, the Weekend Warrior and the Slow and Steady.

By following the insightful training plans on RuntheLine.com, runners can be assured they will not only be able to take on the 13 miles, but also have fun in the process.

About RuntheLine.com
RuntheLine.com offers in-depth reviews on running gadgets before they hit the market, as well as informative articles on all things to do with running. The site provides beginner runners the help they need with three half marathon training plans appropriate for people of different fitness levels. Site creator, Ross Middleton, is a dedicated trialthete, with a passion for helping other runners accomplish their goals. For more information, visit http://www.runtheline.com/2411/beginner-half-marathon-training-plans 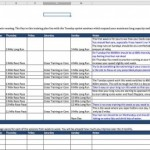