Los Angeles, CA -- (SBWIRE) -- 10/06/2014 -- It is announced that Sabrina Culver, an award-winning actress, won the Best Supporting Actress in the St. Tropez International Film Festival for Addiction, a true story film regarding addiction to love. People can relate to the movie as love addiction is a behavior of human beings. People who are addicted to love can take on a variety of behaviors. Love addiction is ordinary; but, majority of people who are addicted to love don’t realize that they are indeed obsessed with love.

Sabrina Culver was born and raised in Cleveland, Ohio and lived in Westfield, New Jersey. She learned classical piano at St. Luke’s School at an extremely young age and is fond of musical theatre, in which she appeared in different school and community productions prior to attending Boston’s Emerson College. Being a print and commercial model throughout her college years led Sabrina Culver to joining the top 5 finalists of the We’re Looking for Faces competition in Wella Balsam. Because of this, Sabrina Culver soon appeared in the Broken Dreams movie, in which she portrayed the role of the young character of Marilyn Monroe. She also appeared in a variety of music videos, print jobs, and commercials. In 2013, Sabrina Culver was nominated for the 11th Annual 168 Hour Film Festival for Best Supporting Actress in the film entitled Removed.

Sabrina Culver is fond of traveling and has the privilege to do so due to her print modeling and acting jobs wherein she reached a lot of exciting places all over the world, including in Beijing, China. Sabrina Culver has two kids, both were born abroad. She went on to work a little with some commercial and modeling jobs but found it taxing in different languages. Staying in Los Angeles for the past 8 months, Sabrina Culver is lucky to act in 4 movies, 2 commercials, and book a web series. She finds this job to be extremely encouraging since it has occurred in less than 12 months.

For more information with regard to the achievements of Sabrina Culver, please visit this website http://www.imdb.com/name/nm0191747/

Sabrina Culver is a talented and gifted award-winning actress.

About Sabrina Culver
Sabrina Culver has worked on for a lot of amazing projects, and one of the most interesting projects she has done is being part of the cast of a film entitled Addiction. 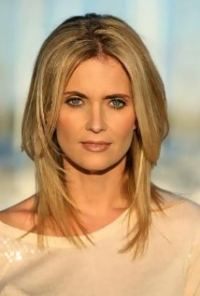