Las Vegas, NV -- (SBWIRE) -- 09/09/2014 -- Three years ago, GotCoreValues! Founder and CEO Sandi Herrera began working with Las Vegas’ Clark County School System. At that time and still today, the school system serves two notable distinctions: it is the fifth largest school district in the country, and finds itself in the bottom ranks of nationwide measures of academic achievement and student wellbeing.

Ms. Herrera discovered that the culture in which students were learning wasn’t conducive to the educational process. Leveraging her extensive experience with enhancing corporate cultures, she got to work on changing the culture of a number of schools across Las Vegas. Three years later, school officials are very pleased with the results they’re seeing with GotCoreValues! Kids are happier and getting better grades.

What made the difference?
Studies show that mere organizational reform in schools is bound to fail without cultural reform! If you actively build a culture with input from the entire community, all members of that community will be happier and more empowered: therefore, more efficient, engaged, and productive. Test scores rise naturally as a byproduct of increased student happiness, of an overall better and more enjoyable school experience- it should come as no surprise studies also show that quantifiably happier, more engaged students receive higher marks.

Ms. Herrera's brilliant approach lies in a relatively simple principle, in theory. She facilitates workshops that open lines of communication between all levels of the school community, including students, parents, administrators, principles, teachers, and support staff alike in the communication process. Asking questions like, “What matters most to you in a learning environment; and in your life outside school? What do you wish school could be like?” empowering participants to identify and share their core values. She takes these values, finds commonality between them, and helps the participants actively construct their own common culture using these values, then providing tools to diffuse the newly empowered and consciously created culture through all aspects of the school community.

Five schools in Las Vegas want the GotCoreValues! Team to create more inspired and empowered cultures for their students, but lack the necessary funds in their budget to do so. Ms. Herrera launched her crowd-funding campaign on IndieGoGo to raise the $50,000 these schools will need over the next ten months to make the cultural changes needed to foster a positive, productive school environment.

Future plans include a gradual nationwide expansion to roll out Ms. Herrera’s proven methods for improving academic performance to schools across the country. Ultimately, she aims to change the way schools teach- providing new avenues of education for both students and educators- so America can look forward to future generations of educated, well-rounded, and happy individuals.

About Sandi Herrera
With over 18 years of experience innovating corporate culture at several trans-national companies including Aerotek, Colliers International and Delivering Happiness a company based on the journey of Zappos’s CEO Tony Hsieh to use happiness as a business model, Sandi Herrera brings her expertise to the place where it matters most: our schools. Her approach is pragmatic and effective, inspiring and beautiful, and socially and philosophically important. She’s getting kids and teachers excited about school! She empowers others to own and pursue their passions, build community, and invest in the future in a real, effective, and profoundly human way. 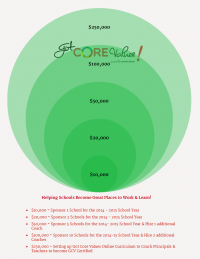 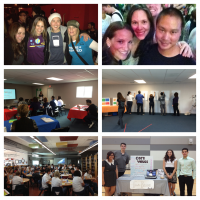 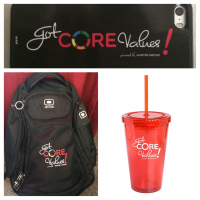