Never pay for voice mail again. Have the power and convenience of an answering machine in the mobile phone.

Toronto, ON -- (SBWIRE) -- 06/16/2014 -- Automatic Answer And Notify (AutoAAN) is the answering machine app that lives in a Smartphone! Now callers can leave a message directly on the phone - no voicemail service is required from the mobile provider. Buy AutoAAN once, and never pay for voicemail again!

With AutoAAN, users pay once and never get charged again - kind of like buying an answering machine, but much more high tech. Even if they’re on a cheap plan, AutoAAN pays for itself just a few months. AutoAAN will work in the US, Canada, the UK, Australia, Japan - anywhere. Since the app resides on the phone, it is independent of mobile provider. Therefore, it will work on any cellular carrier.

Daniel Feuer, the creator of AutoAAN, is long-time entrepreneur. AutoAAN was something that popped into his head through necessity. His mobile phone is an important tool for him and it’s kept close by at most times. Even when nature calls, he carries his phone with him - but it’s difficult to answer the phone at those times! When that call literally happened to him, he really wanted to let the caller know that he was “busy” and that he'd call back in a few minutes - AutoAAN was born!

Daniel and his team have been working on AutoAAN for over three years and she’ll be coming to market no matter what, but they can do it more quickly with funding support. Developers have been working diligently for many months on the UI and programming to make AutoAAN a reality. Proceeds from this campaign will go to the developers so they can complete the app ASAP.

About AutoAAN
AutoAAN is an answering machine app that lives in a Smartphone. It allows callers to leave a message directly on the phone without the presence of any voicemail service from the mobile provider. 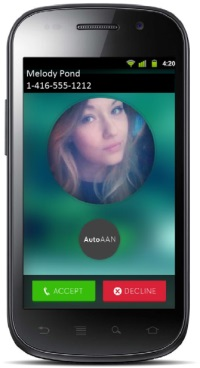 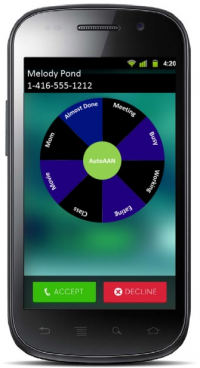 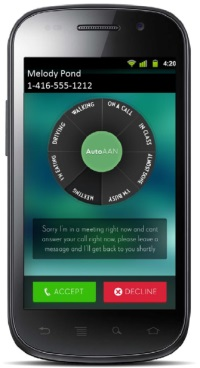