Reportocean.com have announced the addition of a new report titled "Global Beer Market and Forecast to 2025"

Delhi, India -- (SBWIRE) -- 11/26/2019 -- Based on the latest insights in the report title "Global Beer Market by Type (Lager, Ale, Stout & Porter, Malt, and Others), Category (Popular-Priced, Premium, and Super Premium), Packaging (Glass, PET Bottle, Metal Can, and Others), and Production (Macro-brewery, Micro-brewery, Craft Brewery, and Others) - Global Opportunity Analysis and Industry Forecast, 2017-2025" by Report Ocean, the Market is projected to reach USD6,85,354 million by 2025.

Market Overview
Beer is deemed as one of the most popular and highly consumed alcoholic beverages across the globe. It is produced primarily using yeast, cereal grains, water, and other ingredients and fermented for a duration of time. Often, in order to add distinct flavoring and fragrance to the beverage, various ingredients like fruits and herbs are added. Globally, China, Brazil, Mexico, USA, and Germany stand out as the largest producers of beer. These countries are quickly followed up by other emerging and popular producers like the UK, Japan, Russia, Poland, and Vietnam.

In recent years, the consumption of beer has seen significant rise due to the increasing disposable income of the consumers and growing preference for beer among consumers over other alcoholic drinks. Add to this, the growing adoption of western culture and evolving social trends is continually influencing the consumer preference in regard to alcoholic beverages, thereby boosting the market growth. The report published on the global beer market revealed the growth to be at a CAGR of 1.8% during the forecast period of 2019-2025. The valuation of the beer market was further stated to surpass its previous valuation of $593,024 million in 2017 and reach an expected valuation of $685,354 million by 2025.

Regional Analysis
The global beer market is geographically distributed across the following key regions: Latin America, Asia Pacific, North America, Europe, and the Middle East and Africa. Emerging geographical markets like Asia Pacific and LAMEA stand out as the biggest contributors. However, the sales in developed market areas like Europe and North America is either declining or maintaining its positioning. The annual drop in the North American market for beers has been a major problematic area for the manufacturers and players. However, the players are expanding their reach and moving their operations to other regions to cater their launches to new customers and audiences.
Asia Pacific is the fastest-growing regional market for beers across the globe due to the proliferating rate of beer consumption herein. The growth in Asia Pacific can also be attributed to the rising middle class population, increasing disposable income, and expanding young population. The growing trend in consumer preference surrounding alcoholic drinks among the consumers in Asia Pacific is prompting the beer market to showcase positive growth in recent years. 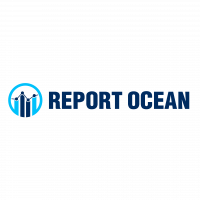