In order to provide IPv6 to all its clients base, Smart SEO Hosting has launched IPV6 web hosting in private beta

IPv6 is the newest version of the Internet Protocol reviewed in the IETF standards committees to replace the current version of IPv4. IPv6 addresses are 128-bit IP address written in hexadecimal and separated by colons and provide a much larger IP space comparing to IPv4 which is only a 32-bit IP space. Despite the fact that majority of IPv4 are already allocated and the space is almost exhausted, only around 10% of Internet sites are accessible via IPv6. Considering the fact that 90% of high traffic websites are already on IPv6 and almost no blacklisted site exist in this space, from the SEO perspective, IPv6 could be considered a great trust factor and a major SERP improvement opportunity.

A senior engineer at Smart SEO Hosting emphasizes on the importance of IPv6 and added: "Beside the fact that eventually all websites have to move to IPv6 there are 3 major factors that makes IPv6 a potential game changer for SEO:

1: The fact that almost all major sites are even today accessible on both IPv4 and IPv6.

2: Up till now enabling IPv6 for majority of end users and SEO agencies was not easy enough to implement and in many cases not even feasible.

3: Probably a direct result of the above is that IPV6 is empty of any SPAM or low quality websites.

In order to provide IPv6, Smart SEO Hosting had to enable the technology on many of the 120+ datacenters that are part of their offering and had provide an updated DNS solution that is in addition to IPv4 is IPv6 compatible. Another major break through was to define similar concepts to A,B and C class IPs in IPv6 space. In other words the engineers at Smart SEO Hosting had to look at potential IPv6 footprints and come up with an offering that looks organic and natural and has zero footprint.

The private beta is at this stage closed and by invitations only. Potential clients may visit the website and express their interest to be invited to participate at this phase. The public availability of this service is expected to be in the near future and before the end of this year.

About Smart SEO Hosting
SmartSEOHosting.net is a dedicated and professional SEO hosting company that provides services to SEO agencies in USA, Europe and Australia. The company offers variety of hosting plans for different country locations, space, bandwidth, and IP classes. It operates using more than 120 data centers scattered across the globe. To accommodate further SEO needs, SmartSEOHosting.com now offers hosting on IPs and load balancers that are owned and operated by Google itself. 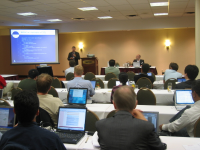