Miami Beach, FL -- (SBWIRE) -- 08/15/2013 -- William Pierce, a prominent Realtor specializing in luxury South Florida real estate, has announced his intention to assist homebuyers in acquiring the Mansions at Acqualina Penthouse #47, which at $55 million, is the second-most expensive property on the South Florida market (after the Versace Mansion located in Miami Beach).

Also known as the Palazzo D’Oro, or “Palace of Gold” in Italian, the duplex is the signature unit of the Trump Group’s exclusive Mansions at Acqualina Residences, a Sunny Isles preconstruction high-rise that promises some of the most luxurious residences in the world. Although still under construction, the unit is available for sale, earning much attention for its unprecedented value and luxury.

“This duplex is as large as most estates, spanning an immense 15,000 square feet of living space – not including the additional 5,000 square feet of terrace overlooking the city and ocean. It has 6 exquisitely-furnished bedrooms, 8 elegant bathrooms, and a 3-bedroom staff quarters. This is as close to having a mansion in the sky as any penthouse has come. Every room bears the sumptuous furnishings of award-winning designer Fendi Casa, one of the leading names in luxury comfort.

As befitting such a ground-breaking development, there will one-of-a-kind amenities that have no equal anywhere else on the market. Try to imagine living with some of the following: a reflecting pool in the living room, a nearly 100 foot long master suite, disappearing glass walls, a 25-foot waterfall, 2 outdoor kitchens, a cantilevered glass bottomed swimming pool and Jacuzzi, an indoor/outdoor screening room, a wine room, a private spa with hydrotherapy pools, a private glass elevator, a grand staircase, and a billiards room. The penthouse even manages to recreate the lush landscaping that is standard in most conventional estates, with a unique sky garden that towers to over 30 feet, complete a “green wall” composed of live plants.”

Mr. Pierce, who has received several awards for his performance, had only recently been involved in another record-breaking transaction. The luxury realtor represented the buyer of two triplex penthouses at the Edition, another prominent preconstruction development. The transaction totaled $34 million, making it the largest condo contract in the history of Florida, and earning William Pierce considerable media attention.

Subsequently, he has been ranked by NRT Inc several times as one of its top sales associates, while Coldwell Bankers has more than once awarded him the prestigious International President’s Circle. 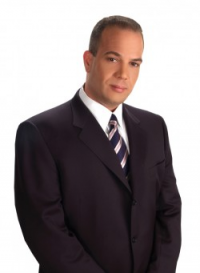