The USM Nursing Program has Produced More Than 8,000 Graduates

Hattiesburg, MS -- (SBWIRE) -- 05/30/2017 -- What began 50 years ago with just a handful of hopeful students has blossomed into a premier program at The University of Southern Mississippi, and one that has decisively transformed nursing in the Gulf States region.

"Having a 50th anniversary is significant for the College of Nursing as it symbolizes the consistent positive impact that the thousands of graduates of this program have made on health care and the well-being of Mississippians," said Dr. Katherine Nugent, Dean of the USM College of Nursing. "Fifty years is a milestone and provides an opportunity to reflect on the legacy of the nursing program and to project future impact."

Since the inaugural class of 1967, the USM nursing program has produced more than 8,000 graduates, while evolving into a national leader in health care research, community service, and innovative best practices. In 2016, the College of Nursing produced 223 graduates from all programs.

A highly skilled faculty steers degree programs at the baccalaureate, masters, and doctoral levels. USM offers the state's only Department of Systems Leadership & Health Outcomes Nurse Anesthesia Program, and recently added the Military/Veterans Bachelor of Science in Nursing pathway program with a curriculum adapted for former and active-duty service members with training as Army or Air Force medics or Navy corpsmen.

Earlier this year the College of Nursing reached another significant milestone with the official opening and dedication of Asbury Hall. The nursing program's new $31-million building allows for an increase in nursing enrollment from the current 550 students to more than 800 and expands new programs in the College of Nursing through student interactive areas, an enlarged and enhanced clinical simulation lab, computer labs, and classrooms that will promote the acquisition of knowledge in a positive and interactive learning environment.

In 1966, Sister Elizabeth C. Harkins, a registered nurse and member of the Sisters of Mercy Order, lobbied the State College Board and state legislature for funding to support a new nursing program in Mississippi. She found a willing advocate in USM President William McCain. Soon thereafter USM introduced the state's second baccalaureate program with Harkins as the founding dean.

Dr. Lola Case (Col. U.S. Army, ret.) was a member of the first nursing cohort and received her undergraduate degree in 1969. Following 24 years of active duty, she joined the faculty at Alcorn State University as a nursing instructor. She recalls the meager accommodations that greeted the inaugural USM nursing class in 1967.

"When our first class of seven arrived on campus, there was no room in the dorms, so Sister Harkins created a temporary room, with two bunk beds and one desk for us to stay in the old military barracks that served as the nursing building," said Case. "I drove down in my 1941 Ford and found myself the only student with a car. That old Ford covered many miles, picking up my nursing student colleagues to conduct clinicals at Forrest General Hospital and other community health sites."

Case retired from Alcorn State four years ago, but continues to work crisscrossing the country as a family nurse practitioner. She has never once second-guessed the decision to enroll in a fledgling academic/health program.

"We were met with open arms by USM and felt very special on campus as nursing students," said Case. "Becoming a nurse was the best decision I ever made."

Nursing represents the nation's largest health care profession, with more than 3.1 million Registered Nurses (RN) nationwide, per The American Association of Colleges of Nursing. With more than four times as many RNs in the United States as physicians, nursing delivers an extended array of health care services, including primary and preventive care by advanced nurse practitioners in such areas as pediatrics, family health, women's heath, anesthesia, midwifery and gerontological care.

"The College of Nursing has been at the forefront of leadership, paving the way for innovative nursing education and thus transforming health care in our state," said Stainton. "The upcoming 50th anniversary gala offers an opportunity to recognize the outstanding achievements of the College of Nursing."

Professor Emeritus Dr. Karen Saucier Lundy, a 1975 graduate of the program, served on the USM faculty for more than 25 years. Lundy watched first-hand as the program grew in stature and relevance. She called it an immense honor "to have been in one of the early graduating classes and later as a colleague of Sister Harkins."

"In 1966, nursing schools lacked diversity; however, Sister Harkins helped change that by increasing the number of minority and male nursing students, which continues to the present," said Lundy. "She was a nationally recognized leader in nursing, receiving the highest honors possible, including being selected as a fellow in the first American Academy of Nursing's class. She was also the first Catholic nun to head a non-Catholic School of Nursing in the United State, thus giving our program national historical importance."

Since its inception, the USM nursing program has been the state's largest producer of nurses. A renowned center of excellence, the College of Nursing continues to receive national recognition from esteemed publications such as U.S. News & World Report which recently the University's graduate nursing program as the state's best for 2016. In its 2017 rankings edition, U.S. News places the College of Nursing at No. 57 nationally for online graduate programs – the highest spot for any Mississippi college or university.

For Nugent, who has served as the College of Nursing's Dean since 2012, the mission is clear and unchanged. "Southern Miss nursing is committed to building a future as great as our past by meeting the demands of an ever-changing healthcare landscape and by graduating nurses prepared to transform healthcare," she said.

The University of Southern Mississippi - Logo 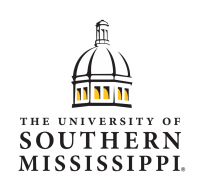 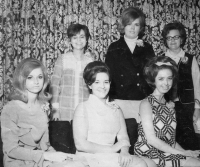 Source: The University of Southern Mississippi
Posted Tuesday, May 30, 2017 at 9:00 AM CDT - Permalink