Dallas, TX -- (SBWIRE) -- 02/06/2013 -- The success of E.L. James' Fifty Shades of Grey inspired K. J. Blaine to convert some of her own fan fiction into original for publication. Her first release, Gynocracy, which is the fourth book chronologically of her Phoenix Chronicles series, became an instant hit and continues to be one of her best sellers. Like Fifty Shades of Grey, Gynocracy explores the BDSM lifestyle, but this time as an observer and infiltrator without the erotica. Gynocracy is about the daring covert operation and rescue of a young male crew member who is kidnapped and taken to a moon colony where women rule and men are slaves.

Blaine describes the Phoenix Chronicles as space opera, a lighter science fiction sub-genre. “The books concentrate on the relationships between the characters and the lengths they go to to protect each other,” she said. “Regular science fiction can be intimidating to readers who aren't really into technology and science. My stories are set in a much nearer future, with ships that stay within our own solar system. I have no regular alien characters and all the planets and moons are ones we've already discovered and named. My stories are much more about humans than technology or alien worlds.”

Although the series was inspired by fanfiction (as was Fifty Shades of Grey), readers may not pick up on where Blaine's series originated because Blaine changed so much. “Oddly enough, readers who were not aware of the stories' origins have either not detected it at all or they've guessed it was 'Star Trek: The Next Generation', which I am only passingly familiar with, and have never written,” said Blaine, a San Diego, California native.

Her inspiration, SeaQuest DSV, which ran from 1993-1996, doesn't have a continuing franchise like some other television shows, therefore keeping it as a fanfic was not in the best interest of the stories.

About K.J. Blaine
“The window of opportunity was closed,” said Blaine. “Back in the nineties, Ace and Millennium published three SeaQuest novels as authorized. But with the TV show a distant memory, the only way I could get my stories out to an audience was to remove the elements that were not mine. It was actually easier to change submarines to space ships than to try to keep the underwater setting and still make it original enough I could publish.” 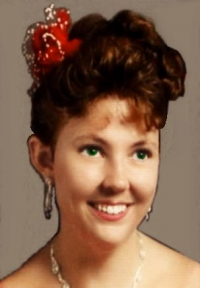