A Lost Understanding Of The Ancient Zodiac

Canton, OH -- (SBWIRE) -- 04/28/2014 -- None Left Behind Corp., a company dedicated to revealing the meaning of obscure and often overlooked scriptures, announces the release of its latest book, “The Heavens Declare The Glory Of GOD.” This book was written to give a Biblical view of Astrology.

Astronomy and the Zodiac are generally accepted as tools of pagan religions. Dr. Ron McRay, after much research and study, has determined that the stars of heaven were ordered by GOD and tell a much different story than is generally taught.

“Pagan” astrology, motivated by evil, and counted on by millions of people down through the ages, is actually the “gospel according to ‘satan,’” said Dr. McRay, president of None Left Behind Corp. “A close look at Scripture does not support that idea. The stars are part of the creation and they contain a story that needs to be told.”

The sun, moon and stars were to be signs from God! Their stories should be trumpeted by believers everywhere to bring the glory of Yahweh to a sinful world.

The gospel is contained in the stars of heaven. Even without the Bible, God has provided his wonderful story and plan of redemption forever etched in the night skies.

As a true “Berean” who searches the Scriptures to “see if those things are so,” Dr. McRay has discovered the true Biblical teaching of the heavens. Traditional teachings are largely misleading and point people away from Christ rather than toward him.

The book contains Biblically based astronomical information about:
- The apparent movement of heavenly bodies
- The ordinances of the heavens
- The twelve portions of the stars
- The ancient zodiac
- The superstitions of worshipping the sun, moon and stars
- The descriptions of the constellations
- How the stars show the coming of the Messiah
- And much more

Dr. Ron McRay has been writing books about Bible topics for over 24 years. He is an expert in making seemingly difficult doctrines and prophecies easy to understand. The signs of heaven have now been exposed in plain detail. Dr. McRay uses only factual Biblical analysis in drawing his conclusions and revealing the truth.

The professionally published book is available in paperback for $10.95, plus shipping or Kindle version, currently for $2.99, on Amazon.com. The 122 page book is packed full of supporting Scripture.

Dr. Ron McRay, holds doctorates in Theology, Letters and Philology. As a pastor for 35 years, he discovered that what he had been taught about eschatology and common Bible teachings did not correspond with scripture. His new perspectives brought new understanding to the Bible. He has developed a unique approach that reveals obscure and overlooked scriptures in an easy to understand way.

About None Left Behind Corp (http://www.EschatologyReview.com)
Founded in 1992, None Left Behind Corp offers books and teaching materials that open the Bible’s true meaning to believers around the world. Many books on a wide variety of Bible topics are available. The Bible does not have to be hard to understand. For further information visit www.EschatologyReview.com. Dr. McRay can be reached via email at nonelbc@gmail.com 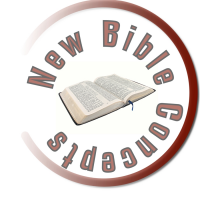 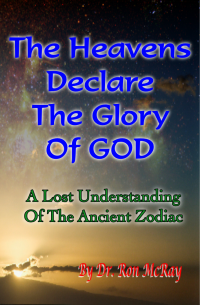