Written by Glenn Ogura and inspired by his own experiences of greed and corruption in Silicon Valley, ‘Startup’ will have readers cheering for a classic American underdog as he navigates the technology world’s many moral and practical dilemmas. With such pertinence to reality, the novel is poised to resonate with readers from coast to coast.

Oakley, CA -- (SBWIRE) -- 11/07/2013 -- While millions know Silicon Valley for its prolific status and success among some of the world’s largest technology corporations, those who have lived its culture will admit to a fraught landscape of greed, corruption and at-all-costs practices. Nobody knows this better than Glenn Ogura, an American executive and first-time author whose debut novel is already being described as ‘John Grisham meets Michael Crichton’. Kirkus Reviews said “‘Startup’ is reminiscent of John Grisham’s ‘The Firm’.”

Young idealist Zack Penny usually gets to work early to take in the surroundings and breathe in the crisp, mechanically filtered air, knowing that one day his own company will be very different from Display Technik. As he follows the vision of his highly successful, results-at-all-costs mentor and C.E.O. Allen Henley, Zack quietly nurtures a big dream-to create a new company of high morals and values, one that will revolutionize the world through the creation of wallpaper-thin displays to completely surround a viewer. That dream is set into motion one morning when he realizes an important paper has been taken from his office. Moments later, Zack learns someone has turned him in.

After his boss, who also happens to be the father of his girlfriend, Mary Anne, gives him one last chance to pledge his loyalty, Zack resigns. Determined to realize his vision, he soon steps into his new facility with high hopes and no idea that Henley has already put a plan into action with the intent of systematically destroying Zack, his perfect company, and, most of all, the relationship between Zack and Mary Anne, who is unwittingly caught in the cross-fire. In this fast-paced thriller, a young entrepreneur faces moral dilemmas in Silicon Valley, a place where the inner working of the legal system favors the aggressor.

As the author explains, his work is a unique fusion of fact and fiction.

“Although this is a work of fiction, the premise for the Silicon Valley corruption and greed came from stories from the Valley. The storyline is credible that readers will agree could happen. Many are curious as to how the region has gained such notoriety; my book will prove that being successful often doesn’t involve being ethical,” says Ogura.

Continuing, “This is a classic American underdog story and readers will find themselves rooting for Zack as he tries to emerge victorious, even against the odds. It’s an uplifting depiction of the American Dream.”

“This skilled debut author raises questions about the Silicon Valley business world with an action packed thriller. Ogura shows deft skills at crafting a well-written narrative that is cohesive and logical. He raises broad questions about the nature of business dealings, while highlighting a specific example of corporate corruption and greed that addresses issues about human nature,” says Foreword Reviews.

C. Schaeffer was equally as impressed, adding, “This novel has all the ingredients of an epic thriller. I ended up turning the pages much quicker than expected, and thoroughly enjoyed the escape from some of life's distractions.”

About the Author: Glenn Ogura
Glenn Ogura is the executive vice president for a New Hampshire-based laser micromachining company. He is a graduate of Electrical Engineering from Queen 's University in Canada. He lives with his wife in California. This is his first novel. 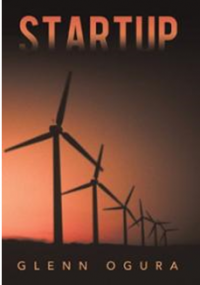