Stephanie Gardner Seeks $6,000 in Crowdfunding via Kickstarter for Her NYC-Based Film "If I Had a Piano"

An explorative romance in five movements between New York and Pennsylvania.

Matawan, NJ -- (SBWIRE) -- 10/03/2014 -- After the success of her first short film And If I Stay which recently played at Anthology Film Archives through the NewFilmmakers New York series, and is an official selection of the Los Angeles Festival of Cinematic Arts, Stephanie Gardner is excited to bring her next short film to the world.

If I Had A Piano is based on poetry by Ms. Gardner and influenced by films such as Atonioni's Blow-Up, Godard's Vivre sa Vie, and Wong Kar Wai's In The Mood For Love, as well as being heavily influenced by the music of Stan Getz, Astrud Gilberto and Chet Baker.

Starring Portuguese actor Pedro Carmo and his wife Ana, the film intercuts between their characters' reality and desires, represented by an aesthetically pleasing alternate world. The film seeks to sweep the audience away from everyday reality to create an artistic, sublime experience of love and romance. The dialogue will be in Portuguese with the filming in Queens, NY and Emmaus, PA.

“I’m proud to bring on board a strong team of filmmakers and collaborators, whose aesthetic eye and expertise adds an incredible level of production value to this short, including, Producer Ren Humphrey; Director of Photography Shivani Khattar; Production Design Consultant, Susan Chau; and Music Director, Matt Garritty.” Ms. Gardner said.

Crowdfunding is sought as half of the film has already been shot in Queens, NY with funds needed to finish shooting the film in Emmaus, Pennsylvania. Successful funding will allow Ms. Gardner and her team to complete principal photography and editing. Money raised will also go towards final stipends for the cast and crew, equipment for the two days and other logistical considerations to complete this short film and bring it to the world.

This crowdfunding campaign ends on October 17, 2014.

The If I Had a Piano Kickstarter Page - http://kck.st/1tmZbgl

About Stephanie Gardner
Stephanie is a New York City based writer and director for theater and film. She has written, directed, and produced over 14 short films, She is a graduate of the Tisch School of the Arts, where she studied in Singapore and received an MFA in writing for screen, television and stage. Stephanie has a B.A. from The George Washington University in Dramatic Literature, Music and Creative Writing. 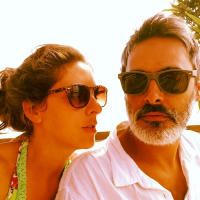