'Tied up in Blues'... Victimized by Tragedy... but 'not Even Fate' Can Stop the Music..when the Musician Is the Phenomenal Stephen Foster...

Stephen Foster, known for his contributions to Southern Rock & Blues, a musician who was struck by tragedy in a freak home based accident, but wouldn't let the music die when doctors told him he would never play again.

Spending 17 years playing the guitar professionally, he would then come to know fate 'face to face' in an accident that would leave him with the final thoughts of 'There goes my guitar playing!'.

Arriving at the hospital, doctors told Stephen they could put his hand back together, but it would be useless. Stephen refused their treatment advice and found himself remembering watching the Discovery Channel, where as luck would have it, they showed a program that was obviously meant for Stephen to see, about micro laser surgery. Aware that it was only 45 minute flight to Ann Arbor, Michigan, where the surgery was pioneered, he knew he could get the correct surgery done there.

Fortunately, there was a new doctor in South Bend, Stephen Zucker, who was actually a wrist reconstruction specialist, a graduate of that U of M program, and a plastic surgeon. He came into the ER, said, it was a clean cut and Stephen, would have 95% usage, but the hand would be mostly numb. Stephen then began giving up on the idea of ever playing guitar again. Most of his left hand was basically dead. Though he was able to use the fingers, they felt and responded like wood. He then would have to depend on the right hand for his use and became one handed.

Through emotional torment, sorrow, and frustration, Stephen would return back to playing the keys which was his first childhood instrument. He would then take the journey of healing not only his severed hand but a broken spirit dying to play music again.

In 1994 he purchased an electric guitar, tuned it to 'E' Major, and started playing slide guitar. Again, it was not to the caliber of his past experiences and performances or even to his own liking but, deep down the musician would not lie down and let the music die...

In 2003, while attending a Journey concert, Stephen noticed the style of playing done by Neal Shon, whose style depended on a tremolo bar for his bending. It was then that Stephen realized he could adopt this style of playing, and possibly regain his life back as a lead guitarist. So he went out bought a guitar with a tremolo system and discovered that it was very easy to do what he had wanted to do musically with that setup, even though he does not have the full feeling back in his left hand. He now has enough to get by to once again make musical history with his amazing sound. 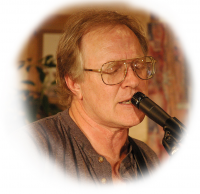 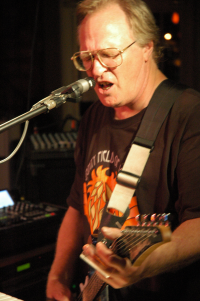 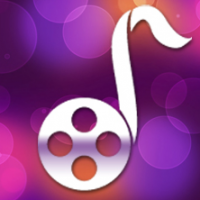