Make the world a little more surreal by using a headset that plugs into any mobile phone or PC.

Hong Kong -- (SBWIRE) -- 05/28/2014 -- Stephen Moore wants to create a fun, surreal product that is still fully functional and practical. Everybody knows the hand sign for "call me" and so why not put a smile on friends, colleagues and bystanders faces when making and receiving the phone calls?

Users will still require functionality and with this in mind, the Handiheadset can be plugged directly into the headphone jack of a mobile phone; there is a switch included that allows to swap between Apple phones and android. The creators will also include an adaptor that allows users to plug the Handiheadset into a laptop/desktop computer for making Skype / internet calls. Users will be able to answer and hang-up calls using Handiheadset's button without the need to take their mobile phone out of the pocket.

Stephen Moore and his team has identified and tested various designs and sizes culminating in a one (over)size-fits-all product that will help to emphasize the fun and novelty aspect. They now have several working prototypes that are being field tested. Based on the strange looks, enquiries and actual requests for the product that they received, they believe that the Handiheadset will prove to be a unique and popular way of standing out from the crowd.

The next step and the reasoning behind the Kickstarter campaign will be to fund the physical mold production and to have the product itself tested and certified for sale. This would not be possible without funding help from the backers. In return, each backer will be the lucky recipient of a unique and practical product.

Stephen Moore expained “Kickstarter is fast becoming the viable option to allow inventors and developers to run with an idea and bring this to completion; not only am I passionate about this project but also the model of Kickstarter that allows creators and backers to collaborate on a project allowing backers to have feelings of ownership and help the creative process”. 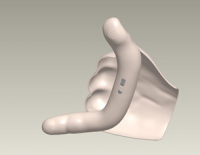 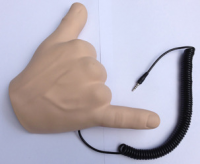 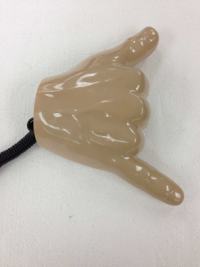