Hyderabad, IN -- (SBWIRE) -- 10/17/2014 -- With STPL Global business expanding and spreading across 3 major continents, STPL’s board announced today the creation of two verticals – STPL Technology and STPL Education. It also announced the appointment of the new CEOs for both business verticals.

This decision came after the board acknowledged the growing portfolio of both its Technology and Education business.

The Education business of STPL Global will now move under the banner of STPL Education.

Mr. Gautham More, who has been serving as Chief Operating Officer, will now head the Education business as its CEO.

Under the leadership of Mr. Gautham More, the education business has reached new heights. STPL Education has ventured into the primary and secondary schools in Africa where it is providing ICT education to government schools. STPL has also been elevated as the Master Franchise of Aptech Computer Education for entire sub-Saharan Africa. In the year 2013, STPL Education has successfully launched and executed another subsidiary, Bruhas, which has provided ethical consulting to African students to seek graduate and post graduate admissions to some 20 leading Indian Universities. Bruhas has in its very first year of operations grown into the largest organized Education Placement consultant in Nigeria. 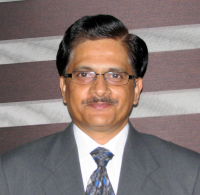